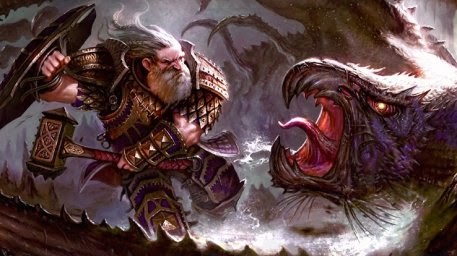 There are some images that have been floating around since late last night from the new White Dwarf that is due out next week. These are of a couple Dwarven models that appear to be Hammerers and a special character.


Via Bugmans Brewery
Neobuzzard on Bugmans Brewery:
There is also a new named character releasing with them that looks awesome as hell too. he had magic items (not runic) in the form of a weapon that gave him +1 to hit and asf and a shield that gave him immunity to killing blow.
1/25/2014
Natfka
News Headlines, Rumors, Warhammer Fantasy, White Dwarf