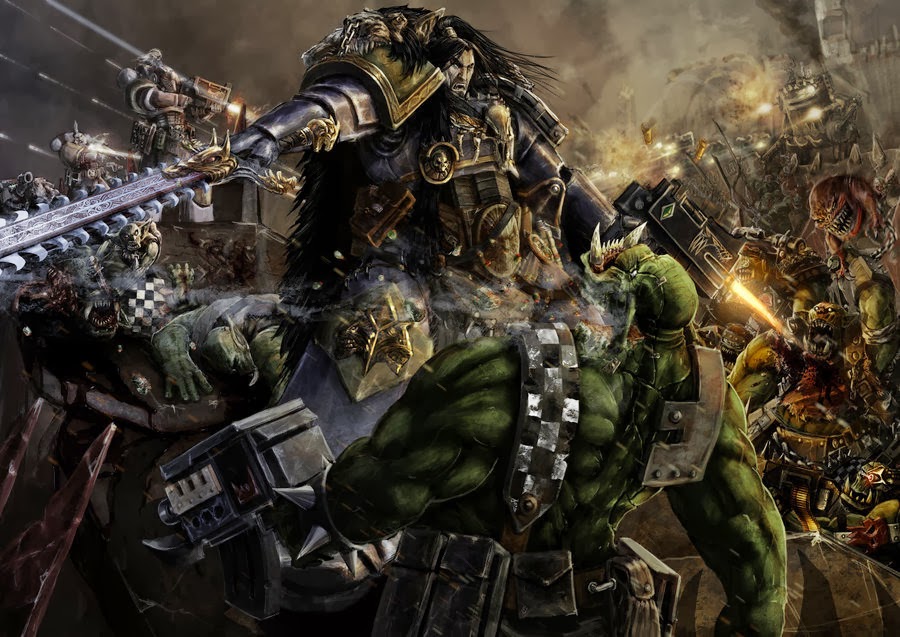 Today the half- yearly reports were out, and the stock prices of Games Workshop took a fall on the news that profits were down. While I have not checked by how much at the end of the day, they were down as much as 22% at times during the day. Of course those in charge probably knew the profits were down this year, and hence all the restructuring and merging going on in our hobby.


A lot is changing in our hobby, and with all the changes going on, some turbelance can be expected. Games Workshop as a whole has a lot going for it, and will continue to be the leader in tabletop wargaming despite drops in share value.

Beyond that, I will let the readers here with more financial knowledge than myself comment on what to make of this.

Here is a link to the report for those interested. Remember please, that if you are a part of the Warhammer 40k or Fantasy hobby, we all have a stake in the health of the company, so lets keep conversations constructive.
http://investor.games-workshop.com/wp-content/uploads/2014/01/2013-14-Press-statement-final-released.pdf


First half performance
Sales in the first half of the year were down against the comparable period in the prior year, continuing
the trend that developed in the second half of 2012/13. During the first half, the rapid transition from
multi-man stores to one-man stores and the reduction of trading hours across the Group caused
disruption in our retail chain. We also experienced some decline in sales through independent
stockists.

We view these as short-term issues and expect to see growth return in both channels. We continue
with our store opening programme (27 stores opened, 20 closed in the period) secure in the
knowledge that our one man model allows us to ensure new openings are profitable. In the future we
expect to benefit from the more focussed selling operation across all channels against the background
of a materially lower cost base.

Changes to operating structure
We have just announced a major re-organisation of our sales businesses to allow management by
channel: retail, trade and direct. Our retail businesses will be consolidated under a single Retail Sales
Manager for each of our key geographic areas – UK, Europe and North America. Trade sales will be
consolidated into a global business, operating from Lenton, Nottingham.

Prospects
Our costs are well under control and margins remain strong. Cash management is good and our
capital expenditure continues as planned. The principal risks and uncertainties for the rest of the
financial year relate to sales and the implementation of the structural changes we have just
announced. Whilst profit will remain under pressure during the implementation of the structural
changes mentioned above, the board remains confident in the future growth and profitability of the
Group.

Going concern
After making appropriate enquiries, the directors have a reasonable expectation that the Group has
adequate resources to continue in operational existence for the foreseeable future. For this reason
they have adopted the going concern basis in preparing this condensed consolidated interim financial
information.