What Weekly Releases Will Bring 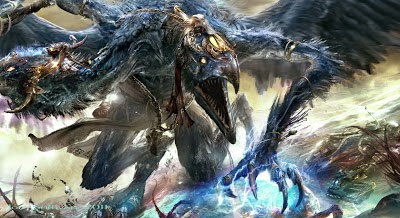 Another rumor set I have been meaning to get to, is that talking a lot about the new move to weekly releases. These would come independently of the monthly releases, freeing up units that have been waiting for a chance to be updated.


Of course these also follow very closely to what we have been talking about here on the site, but remember that these are still rumors.

via Larry Vela on Bols
There are conflicting details of exact kits involved, but the meat of the rumors are that the 100% linking of miniature releases to the currently released Codex/Army Book are coming to an end.  In a return to the days of many years past we can look for independent minis being released that will be sprinkled around the various factions all during 2014.

Maybe it was the realization that people don't like to wait 6 years for new minis for their armies, or maybe GW REALLY, REALLY wants out of Finecast but here are the details we got:

- A range of 30-40 minis are planned
- These are split across 40k and WFB
- None of these are named characters (which will remain small batch runs in resin of some type)
- All of these are currently Finecast or originally metal kits
- Most will be single minis redone as plastic clampacks (mainly HQs), while some may be smaller kits.  Large kits and vehicles will wait till their faction books come around.
- Released roughly 3 per month, probably tied into the new weekly release schedule.