Putting it All Together With a 7th Edition/Chaos Marine Rumor 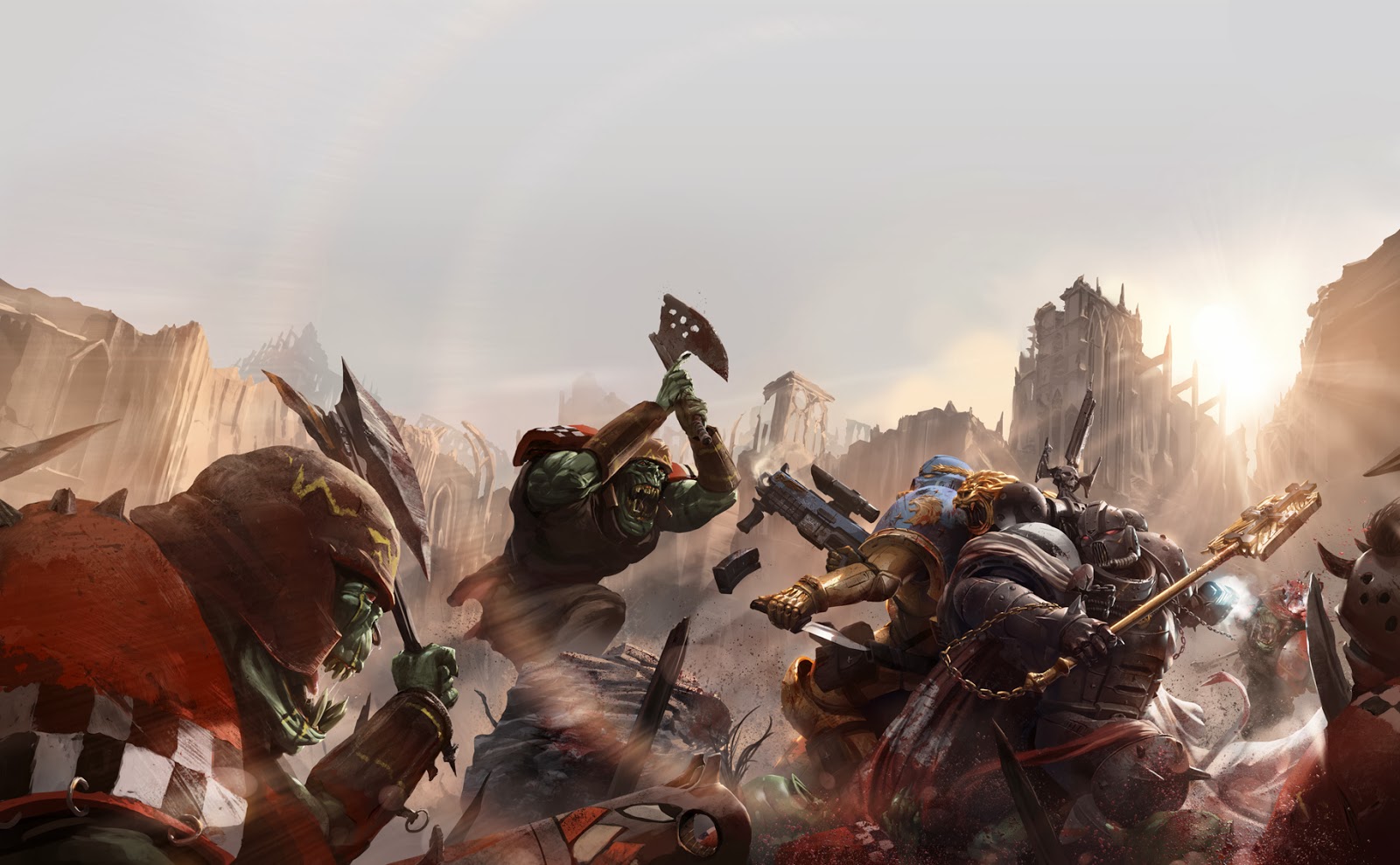 Over the weekend 40k radio had posted up some clarifications or details regarding 7th edition and some of the Chaos Marine rumors we have been talking about here for a week. I thought it was time to discuss these a little, because even though they at first appear to be in conflict with certain rumors, like the ones over on Bols, they line up just fine when taken into context, and with other whispers I have been hearing.

It goes something like this. Yes, 7th edition is not being called a new edition, its down to a rules update, and we might start seeing these yearly depending on how they work out. This could happen as early as May, as 40k radio is saying it is (I dont have a date on this).


I specifically want to direct you to This Rumor from a source on Faeit 212
http://natfka.blogspot.com/2014/01/update-rules-coming-alongside-box-set.html

This would conclude Dark Vengeance, and an updated rulebook comes out. Then in September a new campaign with box set comes out. Now refer to this rumor from Bols
http://natfka.blogspot.com/2014/01/new-updated-warhammer-40000-starter-set.html

Taking a closer look at the release schedule windows that we have in the past, or the current line up.
Imperial Guard -March/April
Orks, Summer
Space Wolves or Blood Angels towards the end of the year
Dark Eldar

If Blood Angels are coming as some rumors have suggested and not Space Wolves, wouldnt all this just seem to fit perfectly.

Now I am not going to say this is how its happening for certain, as no source has laid all this out, nor any rumors are putting this all together. From the whispers I have heard though, they seem to point in this direction when you lay them all out on a table. Of course this is my speculation based on lots of rumors and whispers (non published rumors), but where some people see conflicting rumors, I see logic, and planning.

This is the rumor that 40k radio put out this last weekend. Please remember that this is a rumor. It does though entrench what we have been hearing about an update for Chaos Marines very soon.

via 40k Radio
Some updates on 7th edition: 1) It will purely be a book release. 2) It could be released as early as May.

On the Chaos Space Marine Releases. 1) Look for the stuff to be released beginning of summer. 2) Crimson Slaughter(CSM in the DV starter) might receive a Supplement as well.
1/28/2014
Natfka
40k, 6th Edition, News Headlines, Rumors, Warhammer 40k