An Interesting Conversation with a GW Rep. 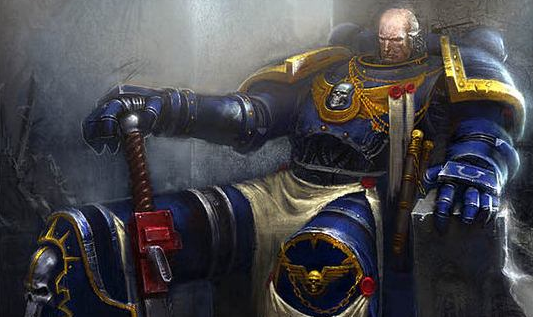 Some of this goes against conventional wisdom or other information and I think some of this stems from the opinion of the rep. rather than official policy or sentiment. Otherwise there is a lot of topics covered and a lot of good information here that it deserves some attention.

Please remember that none of this is official GW policy, and as such must be taken as rumors.

via anonymous sources
Had a long, interesting convo with my GW rep today.  It was pretty insightful.

Here are some notes, in no particular order...

-GW is not concerning themselves with game balance or competitive play in any respect.

-Supplements aren't designed with game balance in mind.  They are designed with fun / cool in mind.  [He sighted FoB and what they did with the Escalation rules many, many times over the ~hour long convo.]

-Expect to see more movement towards giving players the opportunity to use the models they own in games of 40k.

-GW has no PR department.  There will be no official announcement about any of this stuff or any article in WD.  They'd like people like me to communicate this sort of thing and "steer" the community in whatever direction we'd like based on it.

-While the stock did drop 25% overnight, based on that report, he went on at length about how GW is a dividend company and is still going to be paying out it's dividends.  Something about how 4 people own almost all of GW (stock), how profits on the whole are down (duh) but profit per dollar spent is way up (also duh).  Blah Blah, this means little.

-Weekly releases, which most of us knew about.

-The people that write the rules often don't remember what they write. [Spoke about convos he's had or been involved in with writers or stories he's heard.  Mentioned one instance of a guy asking one of the writers about a rule he wrote and the writer responded with something like, "yeah, that sounds cool.  why don't you guys play it that way from now on."]

-Costs increase.  They are not targeting everyone.  They "are not going to open a GW store in Compton."

-They recognize they have priced new or potential players out of their games and plan to "address it."

-The term "gray beards" was used to compare GW gamers to model train guys.  An older, wealthier, group that doesn't see a ton of new people entering the hobby.

-They view the ~$200 start up cost as something that will provide the average person with a month's worth of "entertainment," comparable to roughly 3 video games.

-They want to sell models based on coolness factor, not on price tag.  Cited an example where they reduced the price of WHFB cavalry models to 25 bucks (from 45) and there was absolutely no change in volume. (which, to be fair, IS a valid point.  when it comes to lots of model miniatures, if people want it, they're going to buy it.  at some point everyone will begin to consider price, but that number is different from person to person.)

-Mentioned how the Tau and Eldar books were mistakes in that they elevated expectations for the remaining 6th ed books.  Said not to expect all (any) books to be quite on that level going forward.  Mentioned how it's probably nice for "us" that the books were so strong. [brought up after i mentioned the tyranid book, escalation, dataslates.]
1/23/2014
Natfka
40k, 6th Edition, News Headlines, Rumors, Warhammer 40k