Can Tyranids Compete? Watch and See! 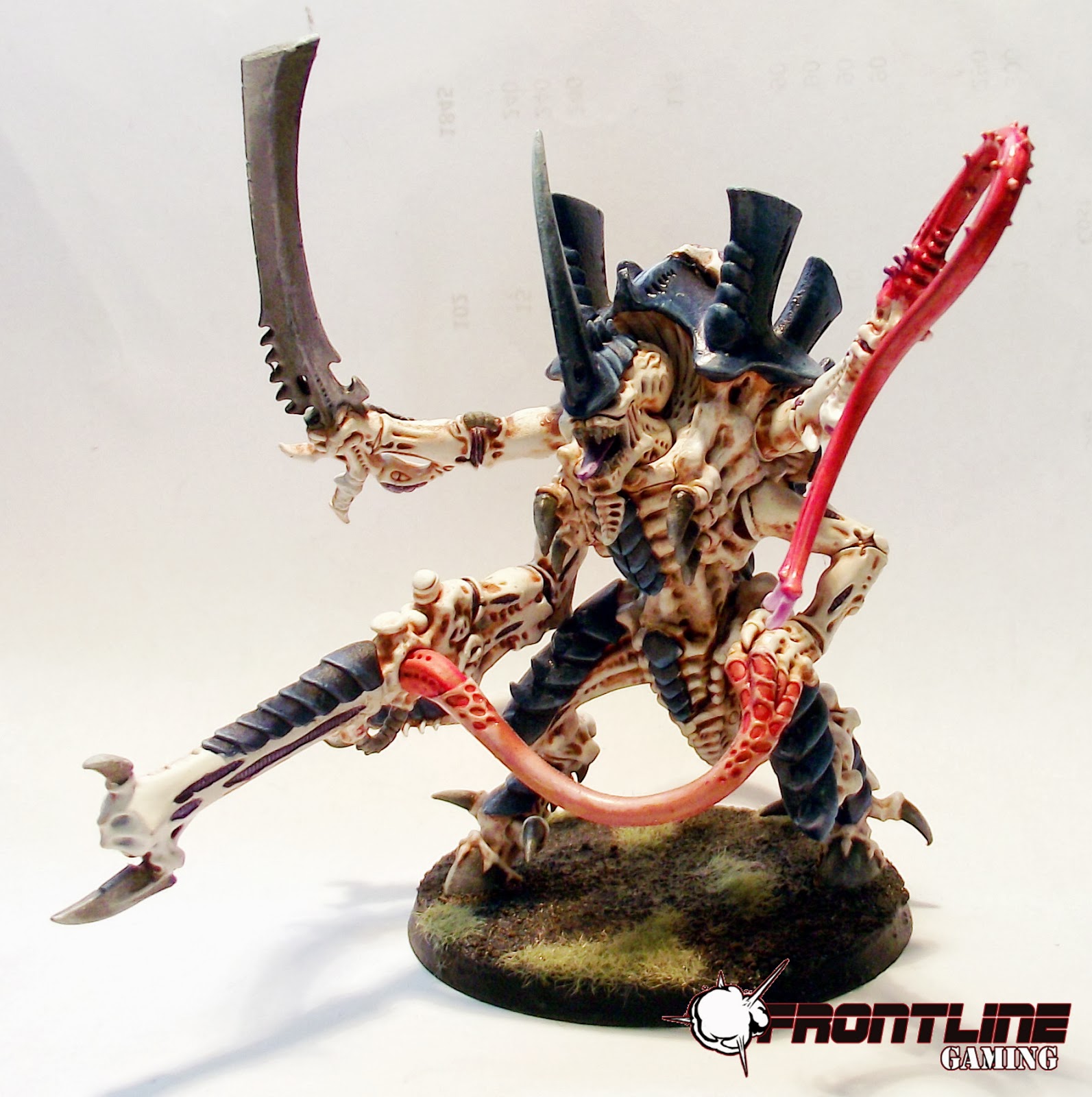 Hey everyone, Reecius here from Frontline Gaming to talk about some more extensive play-testing we've done on the new Nids!

I have been pretty down on the new Nids, and vocal about it. The book feels so crummy, weak and poorly conceived. However, as we have stated from day one, good players can still make it work if they are dedicated and look for those combos. They also have to play a smart game to have any hope in the current meta. But is that enough? We wanted to find out and I want to be wrong in my Debbie Downer assessment of the book, so we decided to be pro-active and go out and find the winning combos instead of giving up on the Bugs.

I recently issued a challenge to the community at large (something we do a lot at Frontline Gaming for fun). The challenge was: if you can beat me using Nids on camera, you get a prize! However, as I really feel Nids are ultra-weak and wanted to sweaten the deal, I decided to up the ante. I said the Nid challenger could actually pick the army I used! Yup, make me play Orks, Blood Angels, whatever. If you win, you get a box set as a prize. So long as I have access to the army, I will play it. And, even more enticing, if the Nid challenger can beat me playing our studio Taudar army, I will give the Nid player $100 cash, money as a prize! You risk nothing and if you win, you get glory, loot and the joy of watching me eat crow over my Nid-hatin!


So far we've had a number of challengers and I will share those videos below as they tell the story. Even with me playing through a bit of ring rust (with the Mega Mats, Las Vegas Open and general admin duties, I've been very busy) it is still incredibly difficult for the Nids to fight on anything resembling even ground. They just struggle. But, we have seen that clever players, playing very carefully, can make a game of it. It's REALLY hard to do, but if you enjoy a challenge, you may enjoy this army. We've also seen some skilled players taking down good lists. As always, the player is the biggest determinant in the result of a game. That said, a player that just wants to line up his models and have a fun game will probably be very frustrated with the 'Ol Bugs.

I think the thing that is most annoying is that you have to play Nids almost the opposite way their fluff depicts them: very conservatively. However, enough of that. Check out the videos and see if you can find any good tips and tricks for playing your Nids and finding the edge you need to compete!