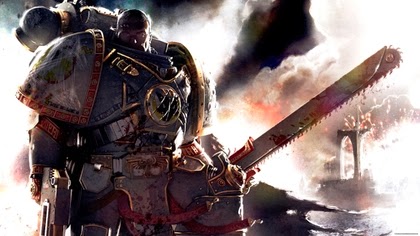 Faeit's Tarot is a look at the headlines and rumors of the week, so that we can look ahead and see just what may be coming in the future for our hobby.

Last week we got wind of this coming, and though we expected the announcement last Saturday, we did finally receive it mid week from Games Workshop. This is the announcement of the changes to White Dwarf and to the new magazine Warhammer Visions.


White Dwarf magazine goes weekly!Saturday 1 February sees the birth of the new, weekly, White Dwarf magazine.Saturday 1 February sees the birth of the new, monthly, Warhammer: Visions magazine.Yes, that’s right. We’ll be launching two new magazines on the same day, Saturday 1 February.
White Dwarf, now weekly.From Saturday 1 February, White Dwarf will be available each and every Saturday exclusively in your local Games Workshop store, Independent Stockist and at games-workshop.com
White Dwarf will contain everything that’s new and exciting in the hobby that week, from news and information on all the week’s other new releases, to new columnists, interviews, painting, modelling, game rules and much more. And the price? The same as a pot of your favourite Citadel paint.
Warhammer: Visions, now monthly.Warhammer: Visions will be available on the first Saturday every month in your local Games Workshop store, Independent Stockist, games-workshop.com and local newsstands in the UK, Europe and Australia.
Warhammer: Visions is a completely new monthly magazine, also from the White Dwarf team. It’s unlike anything we’ve ever done before and this super high-quality visual feast weighs in at a whopping 236 pages, each and every month.
Just 17 days to go and counting.
After months of planning and hard work, we’re really excited to be able to share this news with you. We were overwhelmed by all the support and feedback you gave us last time we relaunched White Dwarf back in September 2012 (and by your emails and photos that you send us every day – please keep them coming), and we’re even more excited by what we’ve got coming up for you in 2014.

There was a lot of hype and the sky is falling comments and rumors after this was released. The facts are that Games Workshop's stock fell over 22% in one day in result to much lower than expected sales from Games Workshop.


First half performance Sales in the first half of the year were down against the comparable period in the prior year, continuing  the trend that developed in the second half of 2012/13. During the first half, the rapid transition from multi-man stores to one-man stores and the reduction of trading hours across the Group caused disruption in our retail chain. We also experienced some decline in sales through independent stockists. We view these as short-term issues and expect to see growth return in both channels. We continue with our store opening programme (27 stores opened, 20 closed in the period) secure in the knowledge that our one man model allows us to ensure new openings are profitable. In the future we expect to benefit from the more focussed selling operation across all channels against the background of a materially lower cost base.
Changes to operating structure We have just announced a major re-organisation of our sales businesses to allow management by channel: retail, trade and direct. Our retail businesses will be consolidated under a single Retail Sales Manager for each of our key geographic areas – UK, Europe and North America. Trade sales will be consolidated into a global business, operating from Lenton, Nottingham.
Prospects Our costs are well under control and margins remain strong. Cash management is good and our capital expenditure continues as planned. The principal risks and uncertainties for the rest of the financial year relate to sales and the implementation of the structural changes we have just announced. Whilst profit will remain under pressure during the implementation of the structural changes mentioned above, the board remains confident in the future growth and profitability of the Group.
Going concern After making appropriate enquiries, the directors have a reasonable expectation that the Group has adequate resources to continue in operational existence for the foreseeable future. For this reason they have adopted the going concern basis in preparing this condensed consolidated interim financial information.


Rumors of the Week
Games Workshop Centralizes its Operations
With the news that profits were lower than expected in the semi-annual report, rumors of how this was going to effect everything started to flow, including some where the sky was falling.

However, it does look like this one is very likey to happen, although what that means for Games Workshop products as a whole is harder to quantify.


As we have just learned that, Games Workshop Germany will shut down and the leadership of the German shops to England.
From this measure are also Games Workshop France and the USA affected. According to our source, the employment contracts of the employees were dissolved in the HQs as a result, with some probably the choice was woks to move or discontinue to UK.
The chain of stores is placed under the direct leadership of Games Workshop UK in Nottingham. Here are sure to report in the next week, the new boss in the stores, as they are currently without contact.
This change was apparently already on 16 January 2014 at the same time implemented with the announcement of the results of the semi-annual report.

Changes to the Release Schedule

There were rumors this week, that beyond just the magazine changing to weekly, release schedules were going to go through a change as well. These rumors point to that.


I just got off the phone with the GW rep for my store.
He informed me that the new weekly white dwarf would be here for sale on the 31st. The new weekly dwarf will have rules again (a big deal for my customers) will have a retail cost of $4 US, GW will buy back unsold issues so we can get a bunch and not worry about how many are going to sell.
The new release schedule will break up the model and codex release for each month with the codex being in the second week.
week 1 Model,
week 2 codex+cards,
week 3 model,
week 4 model and black library;
is how my rep put it.

It has been rumored that Forgeworld and Games Workshop are merging their operations more and more. A lot of these changes are said to come in March, and alongside it this rumor was floated our way this week.


To go with forge world combining web pages with GW, they will release codexes containing their products with all rules, stats and fluff for each army for both 40k and fantasy. These will be similar to supplements with new rules and warlord traits. The prices are said to be similar to 40k hard back codices

The sky is falling. While some of this looks like it was based off of things that are really happening, its hard to swallow that whole armies would be dropped or combined with other armies. This whole bit came on the tails of bad financial report from Games Workshop.


A lot of things will change at Games Workshop 2014:
* LotR and the Hobbit francise will be handed over to Forge World* Forge World products will be available over the redesigned Games Workshop webpage* no more Fincecast products* Wood Elves, Bretonnia, Beastmen and Khemri products will no longer be produced, updated or supported* roughly 30% of the sortiment will be come webshop exclusives* all Games Workshop stores in Germany will be closed


No Rumors or News Beyond this Point
I am rating what I personally think of the rumors (not the source). This is based off of behind the scenes knowledge, what different sources are saying, and general logic and guesswork. It goes like this