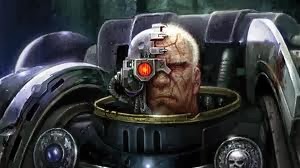 
Take a look....... Dwaves are here for a February 8th release. Dwarf Dragon Slayers, Belegar Ironhammer, and Dwarf Hammerers. Since this only goes through the first two weeks of the month (with the exception of a couple black library releaes), I wonder if the new release schedule will have some surprises for us in the later half of February.

In the ebook section there is a Index Chaotica Volume 1, which looks interesting, as well as some of the other ebooks including Deathwatch: Xenos Hunters.