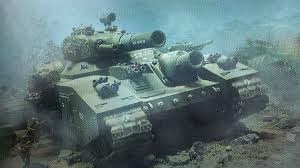 I thought I’d drop you an email to follow up on something that was suggested back in December when Escalation and Stronghold Assault hit.


I post online using the username Karvala, and I am primarily a tournament gamer. I do play casual games with friends at our local store, or at home, and taught my son how to play (he now beats me fairly often), but mostly I play in tournaments, usually at least 1/month. I was entirely unhappy with Escalation and Stronghold Assault as I did not see how they would fit into a tournament scene and leave any sort of balance in the game. During the, err….. vigorous…. discussions on Faeit 212, it was suggested that I report back on the results of a Escalation/SA allowed tournament here in NC.

Well, we actually had that tournament on Saturday, and then a second Escalation/SA allowed tournament at a different store on Sunday. My son and I went to both to get a better idea of how well these expansions work in tournament gaming.

The Saturday tournament was at Hit Point Hobbies in Aberdeen, NC, and had been posted up and promoted as a ‘Let’s test out the Escalation stuff – bring your biggest, baddest stuff and be prepared to face them’ tournament. It was 2000 points, and was using missions from the Escalation rulebook. There were 10 players there on the day, including a mix of people with superheavies, and those who had tooled up to kill them with codex armies.
Superheavy including armies:
Necron dual FOC with Transcendant C’Tan and Tesseract Vault (my son)
Orks with Stompa (me)
Marines with Thunderhawk and Aquila Strongpoint
Eldar with Revenant Titan

The attitude of the players was MUCH more laid back than at a normal tournament, with a lot of laughing about superheavy stats and the apoc templates size. There was some unhappiness at the fact that the rules allow 1 superheavy per primary detachment, not 1 superheavy per army.

I’m not going to do a detailed report on the games, but just an overview of the general feelings that were discussed at the end of the day.
Number 1: The points costs for the superheavies do not balance their impact on the game.
Number 2: The additional rules in the Escalation missions brought a lot more balance back into the games
Number 3: Objectives that give skyfire, armorbane and fleshbane (in one of the missions) are really stupidly good – far too much so (Thunderhawk shot down by bolters…..err…..)

Overall the tournament was won by a Chaos Daemon FMC spam list, which faced both the Necron list (getting 3 Puppet masters was key there) and the Ork list. Victory in both games was largely related to the relative immunity of flyers to most superheavies and not failing many grounding checks – in both games all the FMC’s that hit the ground before the superheavies died all died, those that stayed in the air survived to win the games.

Drop pods with massed Melta guns proved very effective at dealing with superheavies and the Aquila Strongpoint, armies without that capability (or equivalent, like Tau Crisis Suits with Fusion Guns) struggled hard.
The atmosphere of the tournament was very laid back and relaxed and people had a fun day. The expectations of players going in were more experimental than competitive, and that created a good experience. Since everyone came with superheavies or a plan to kill superheavies, things were pretty smooth.
Overall the feedback was that Escalation can work as a specific event, but is not for integration into normal tournaments.

The second tournament on Sunday (1850 points) was not promoted as an Escalation tournament, but it was specifically stated it was allowed. The result was that there were only two players with Escalation units present, and the remainder had not built lists to take down superheavies.:
Necrons: Transcendant C’Tan
Orks: Stompa

In this environment the Superheavies really dominated the games. The Stompa died all three times, but just the presence, durability and firepower of it changed the game entirely. The Transcendant C’Tan utterly rolled over standard armies, only having to be cautious around a Grav Centurion deathstar unit (5 centurions plus Bike chaptermaster, Tigurius, Librarian, Coteaz, Corbulo), but destroyed that in one shooting phase once able to maneuver into range for a d-hellstorm template.

The Necron army finished first, having tabled the Ork list in the second round. Orks came fourth.

The feedback after this event was very negative – no-one present wanted Escalation back in another event.

Having taken the time to try out Escalation and Stronghold Assault in tournament play, I have to say that I came out of it more positive than I went in. This is not a resounding endorsement however, as my initial expectations were extremely low.
I do think that Escalation tournaments are possible as an oddball alternative event which people will enjoy, but I remain convinced that integration into standard tournaments is a bad idea that will alienate a lot of potential players.

The scaling of the superheavies powers and points costs really are poorly done as well. The Necron and Eldar superheavies are real powerhouses with army-destroying capabilities. The Thunderhawk is so huge that has real maneuvering issues on a 6’x4’ table (especially in hammer & anvil deployment). The Aquila Strongpoint is either a virtually indestructible fortress or a total liability, depending on whether or not you can put meltaguns close to it quickly. The Stompa was very Orky – destructive but randomly effective with BS2 and I1.

Can I see people getting enjoyment out of implementing these expansions into their gaming? Absolutely – there was much rejoicing when superheavies fell, people liked that challenge.

Can I see people getting really annoyed if superheavies pop up without being pre-agreed? Absolutely – most standard armies will just get eaten alive by the tougher superheavies with very little they can do against them.

So coming out of last weekend, I will give GW a thumbs-up on the two books for casual, consensual play, and a pat on the back for producing better missions in Escalation than I expected.
I will also still give them a kick in the backside for not promoting this as ‘agree with your opponent beforehand’. Escalation and parts of Stronghold Assault really need this.