Catachans will be Moved to Mail Order Only 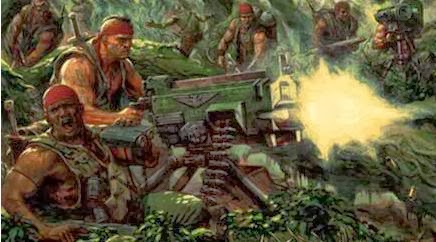 A response to the latest rumors of Catachans not going anywhere hit my inbox yesterday, saying that while Catachans are not going the way of the dinosaur, they will be moved to mail order only.


Please remember that this is rumor, and also some commentary as well.

via an anonymous source on Faeit 212
I just want to chime in with a bit concerning the newest rumors of Catachans not going away.

Ever thought about why Marbo, Straken and Harker are still metal and not Finecast? Because this is still the initial production run. There wasn't any need to move them to Finecast because nobody is buying them. Ever thought why the special weapon blister contains 2nd edition miniatures? Those sculpts are old enough to buy a drink in most countries!

Of course GW will tell you that Catachans are not going away. Because you can still play them with the new codex, but just as much as you can still play Vostroyan First Born or Praetorian Guard if you want to.
I wouldn't even be surprised to see them as a supplement in the future.

As far as I know, there won't be any new products or production runs, and Catachans will be moved to "MO only/while stocks last" in the near future.
1/31/2014
Natfka
40k, 6th Edition, Imperial Guard, Rumors, Warhammer 40k