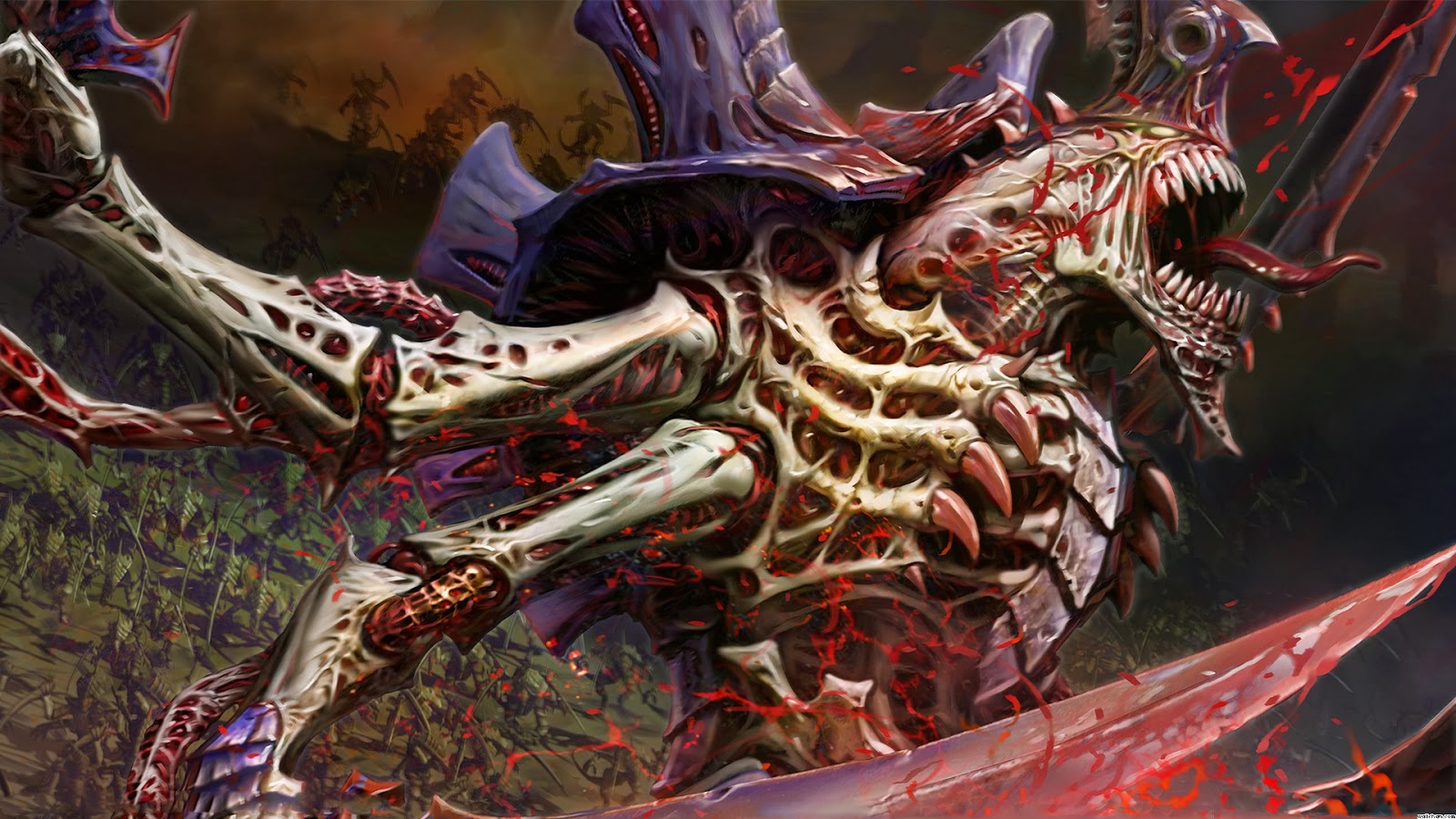 According to Games Workshop Digital on Facebook, three Tyranid Dataslates are scheduled. The first we know of, Codex Dataslate: Tyranid Vanguard is set to come in a few short week, with pre-orders coming this weekend if I recall correctly.


The rest we can only guess at, but if the first is the vanguard, the second looks like it might be the swarm or full invasion, while the last, is the clean up crew, and possibly all the big boys ready to devour the world. Of course that is just a guess, and we will have to see what lies ahead.

I went and looked for this, and could not find it, leading me to believe its either buried, or Eddie let out something he was not supposed to. I often spend some time reading through the newer sites to the BlogExchange, and saw that this was noticed only a few short hours ago. So its well worth checking out these sites, and for reference, it was Peter Kelly over on the League of Underwhelming Painters. Check them out. http://www.leagueofpainters.com/?p=801


via Eddie on the Games Workshop Digital Facebook page.
“We announced in this month’s issue of White Dwarf that, starting later this month, the first in a trilogy of new Tyranid Dataslates will be released.  All three of these are going to have new datasheet formations for Tyranid armies to use, and if you’re a fan of Genestealers (I know i am, far to many games of Space Hulk in my teenage years), I think you’re going to like the first installment in the trilogy.”
1/16/2014
Natfka
40k, 6th Edition, News Headlines, Rumors, Tyranids, Warhammer 40k