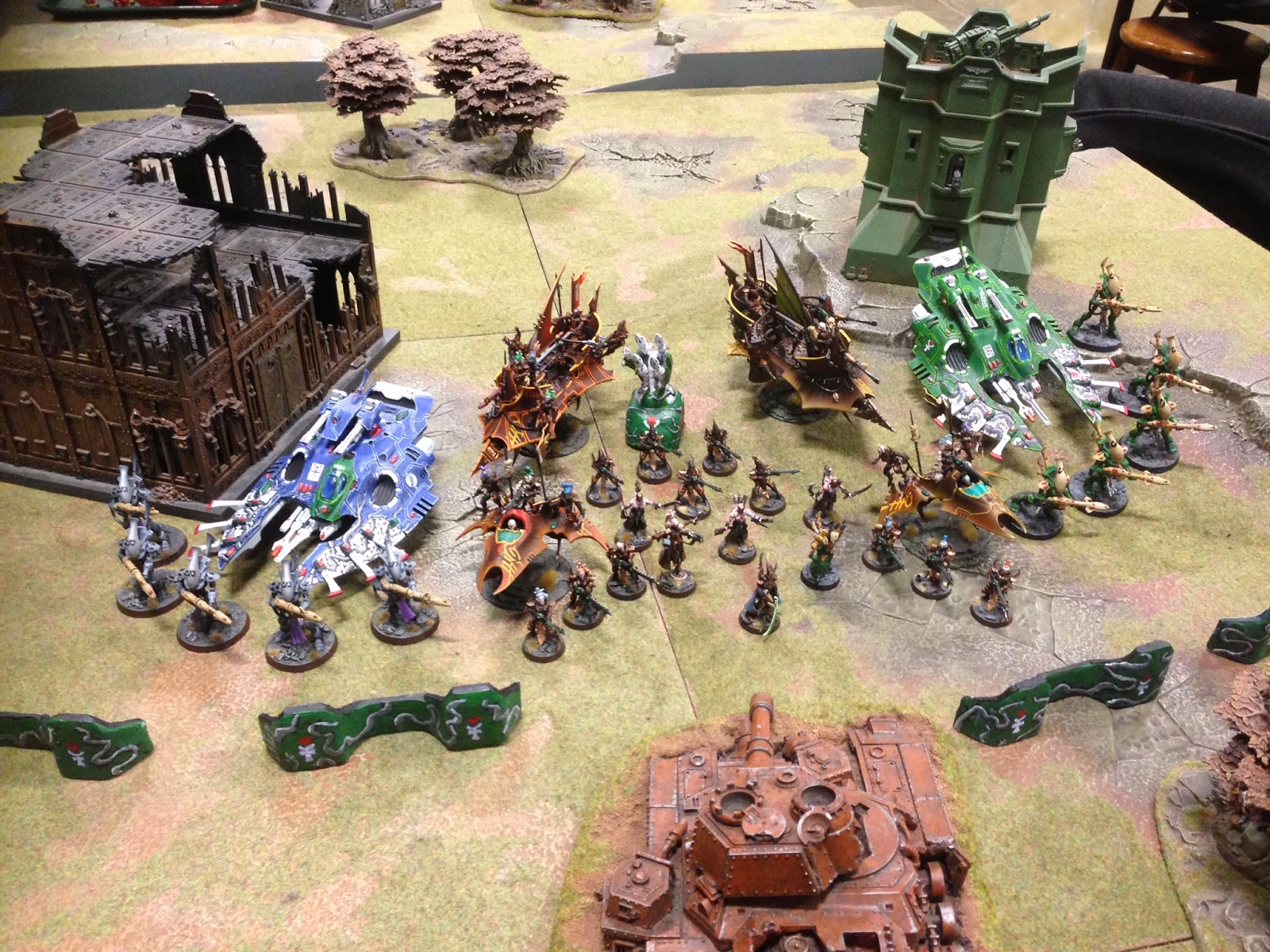 Welcome back to the Unforgiven editorial about recent tournament changes. Before I jump into an analysis of the finer points of the tournament, I just wanted to let you all know how we did. We finished joint 27/98 achieving a total of 142 victory points over the course of the tournament. The games went a little like this: 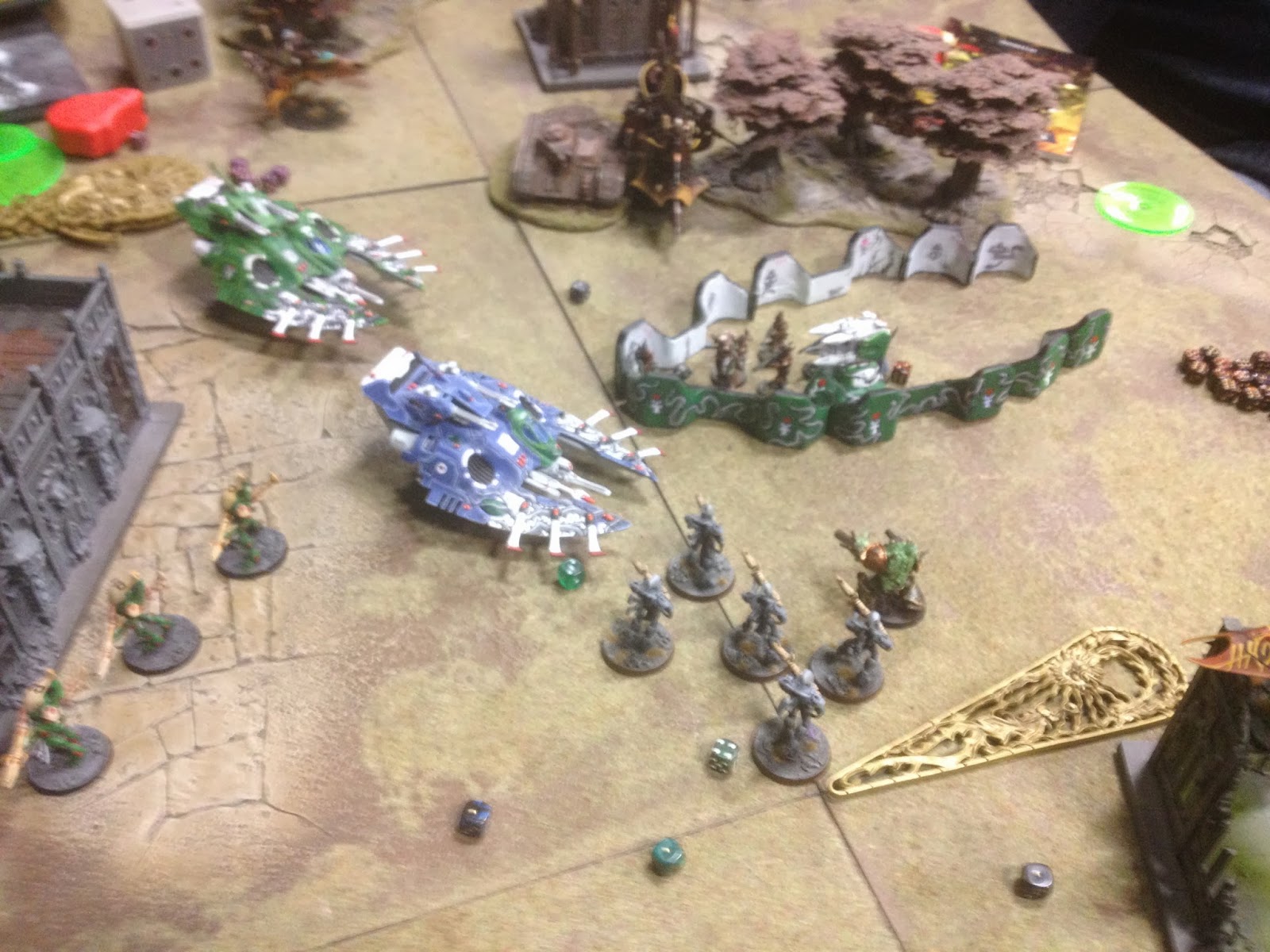 Game 1: The Relic - Chaos Space Marines + Chaos Daemons
The Eldar contingent descended upon the world of Dzian'uar having located the Eldar artifact. A Black Legion force attempted to intercept the Eldar, but the swift response of the strike force set about systematically destroying the opposition safely securing the relic. 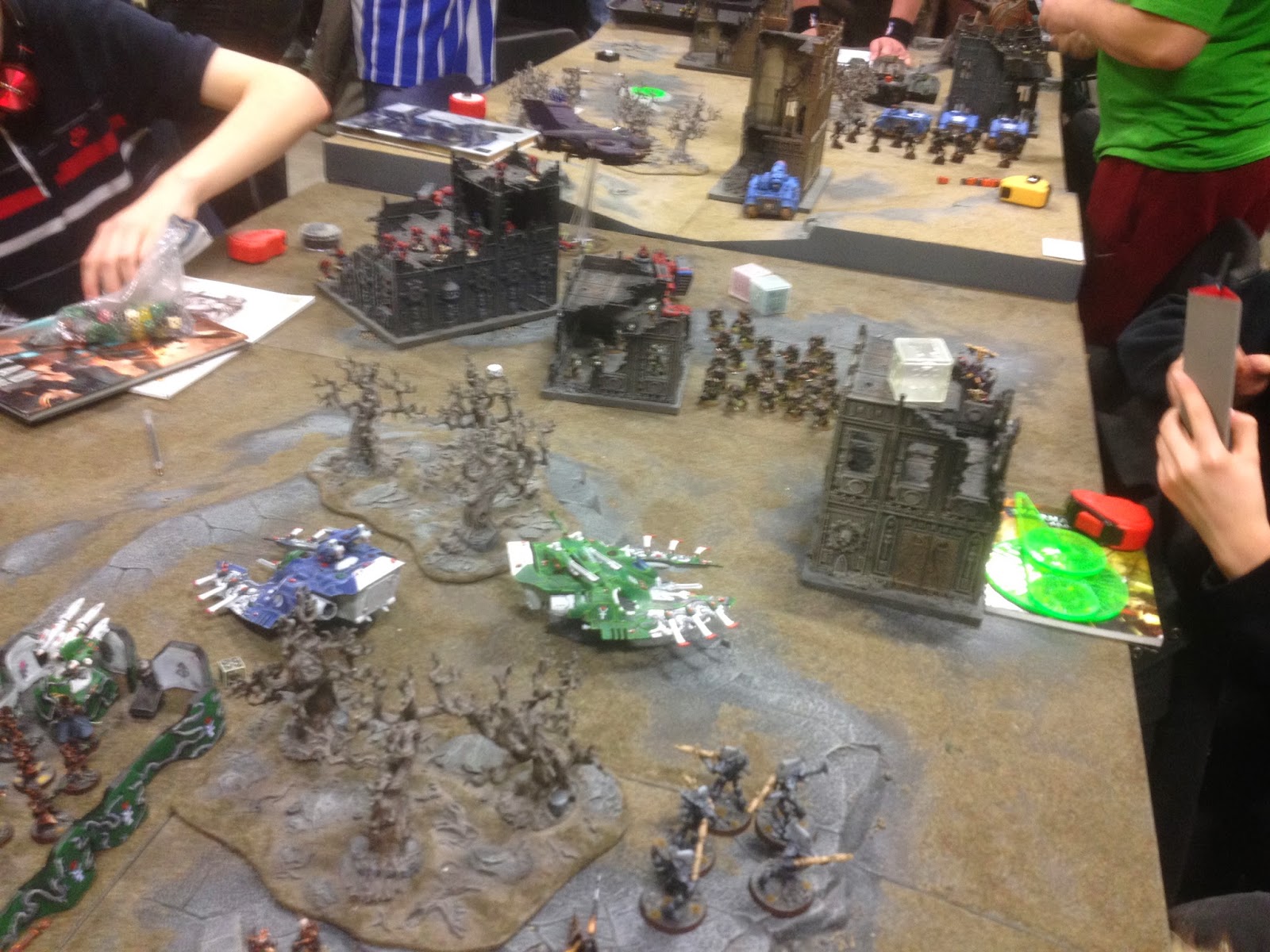 Game 2: Big Guns Never Tire - Tau + Orks
Having secured the Relic, Le'an'den set off with his allies to depart the planet via a hidden warpgate. Having been intercepted by a Warband of Orks and supporting fire from a Tau Infantry Cadre, the Eldar set about opposing their obstacle. Routing their opponents, the Eldar set off again to their Escape. 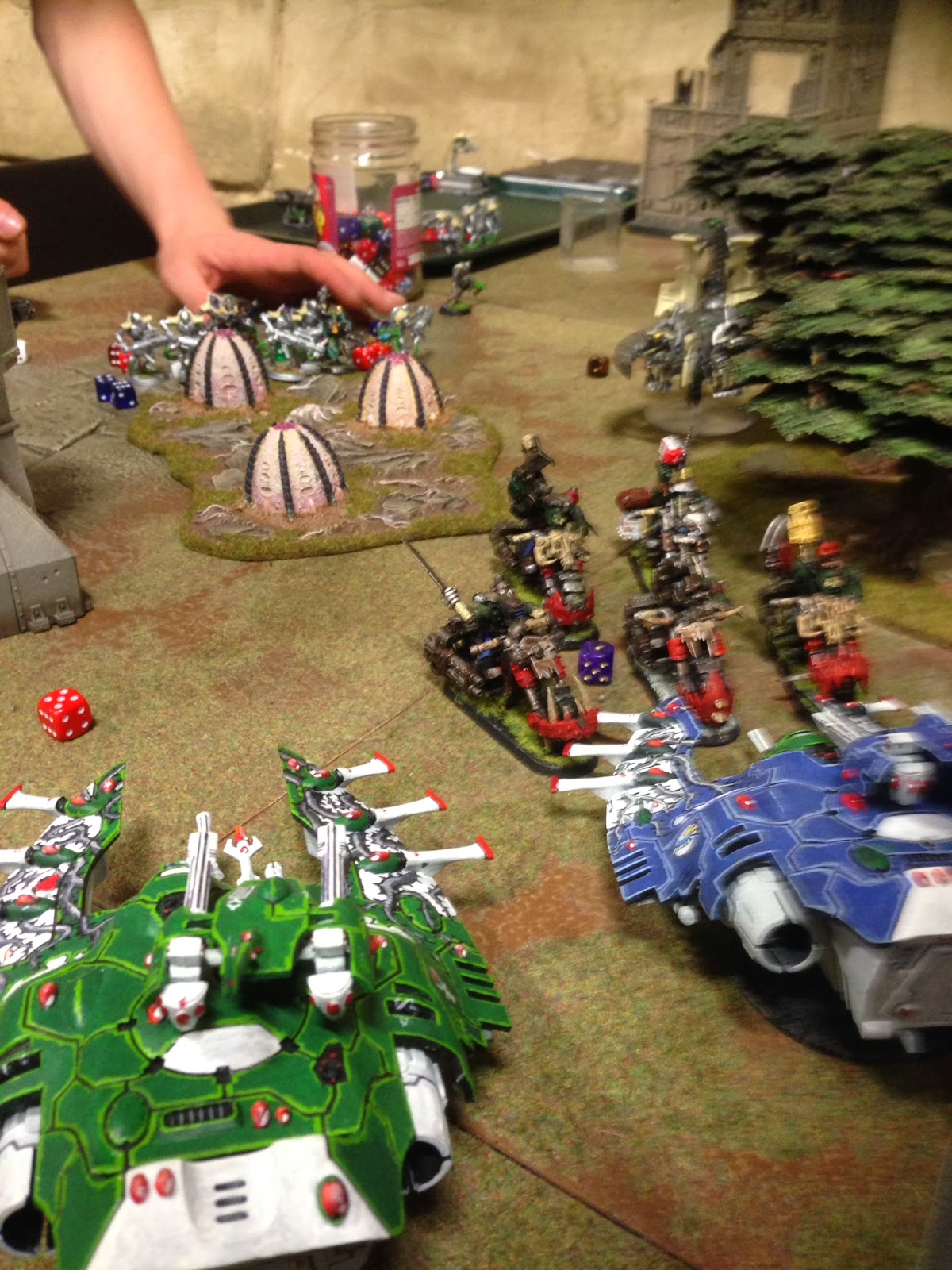 Game 3: The Crusade - Necrons + Orks
Encountering further Greenskins and a scattering of Necrons ahead of them, the Eldar contingent set up fortifications to counter the approaching force. Despite destroying the enemy Flyers and a considerable portion of the enemy force, the rage of the Warboss came to bear upon the Eldar fortifications and forced a full retreat of the Eldar to find another route around. 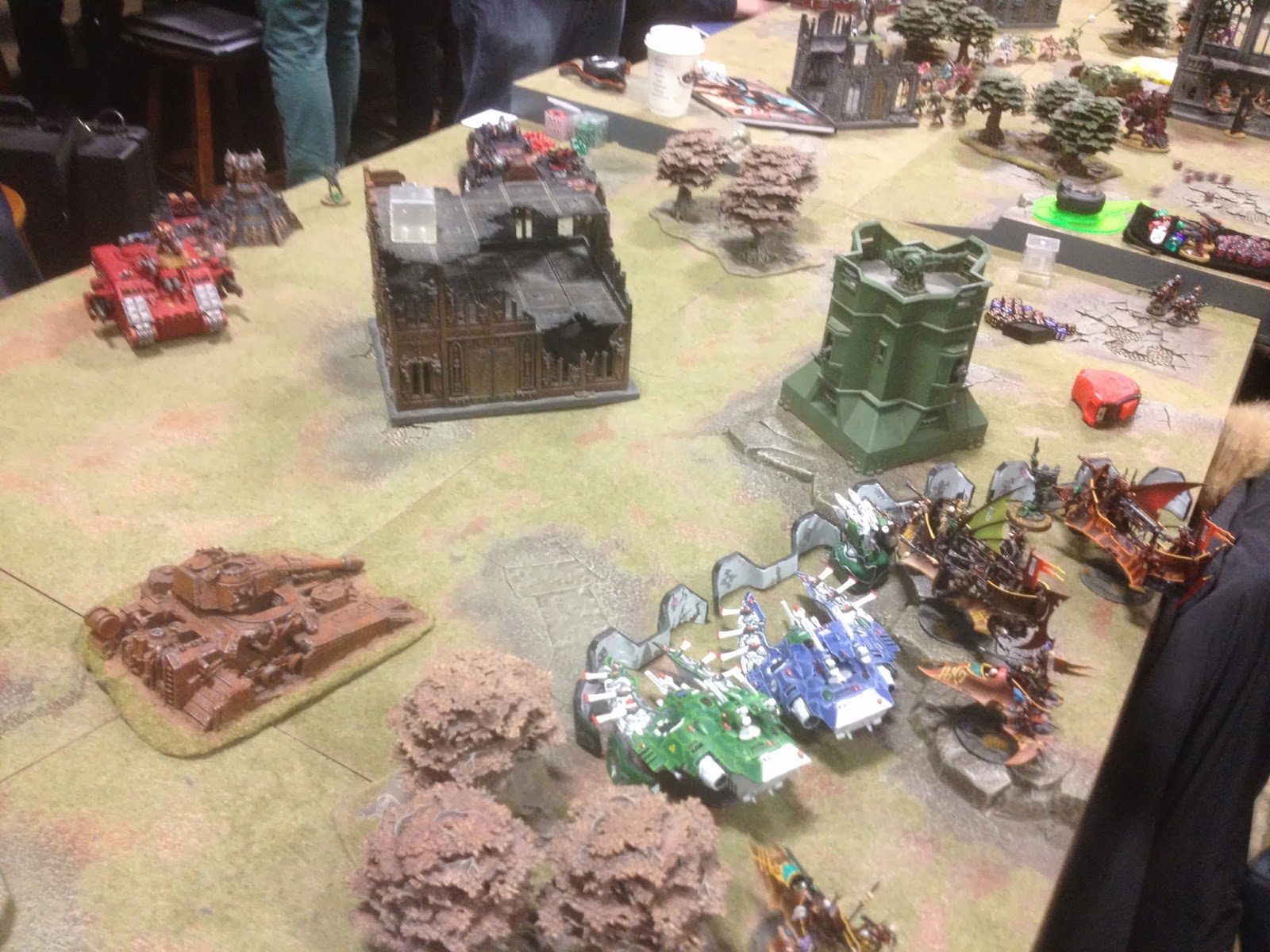 Game 4: The Emperor's Will - Blood Angels + Sisters of Battle (Stronghold Assault)
Having rerouted their forces, the Eldar came upon a mechanised column of Imperial vehicles headed up by two Land Raider Redeemers. Fortunately exposing a weak spot in the right flank, the Eldar took advantage and systematically disassembed the Imperial Armour.

Game 5: Purge the Alien - Tau + Eldar (Dataslate Formation)
Having been alerted to Le'an'den's betrayal, the Seer Council of the Eldar summoned their Tau allies unleashing a Fire Support Cadre upon the fleeing renegade forces. Anticipating every move of the rogue Iyanden seer, the fleeing Eldar contingent were utterly destroyed. Le'an'den would again return to his Craftworld.

Defeat: 15-4
So prior to the tournament I made some predictions, lets see how those panned out: 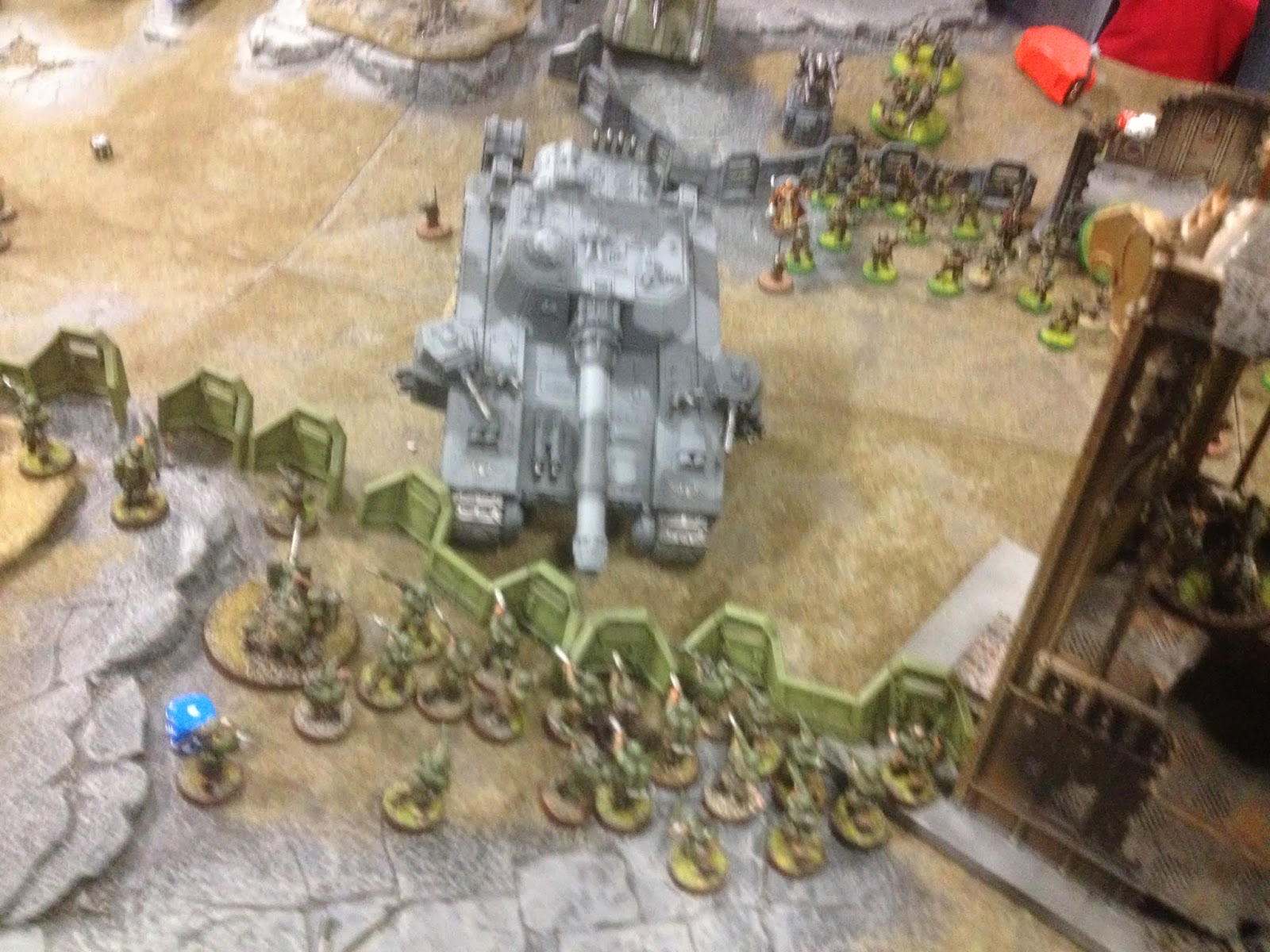 1) Lords of War will only be taken at 600 points or less.
It seemed I nailed this one on the head, unfortunately only 3 out of 98 teams took a Lord of War in the tournament (despite my 20% prediction), every single one of them was a variation on the humble Baneblade.

2) Escalation Armies will place low in the tables.
Unfortunately I didn't catch the number for the last team (although I understand they performed very poorly from eye witness reports), the other two teams finished 37th and 42nd out of 98. This is slightly above the middle. While they didn't place low, they certainly weren't stealing the top spots as everyone expected them to with their Strength D weaponry. As expected the common consensus was that while they were difficult to destroy, they were equally very easy to avoid.
This compounded with the high points cost reducing the number of troops available to capture objectives, really hampered their ability to perform well in a tournament environment. 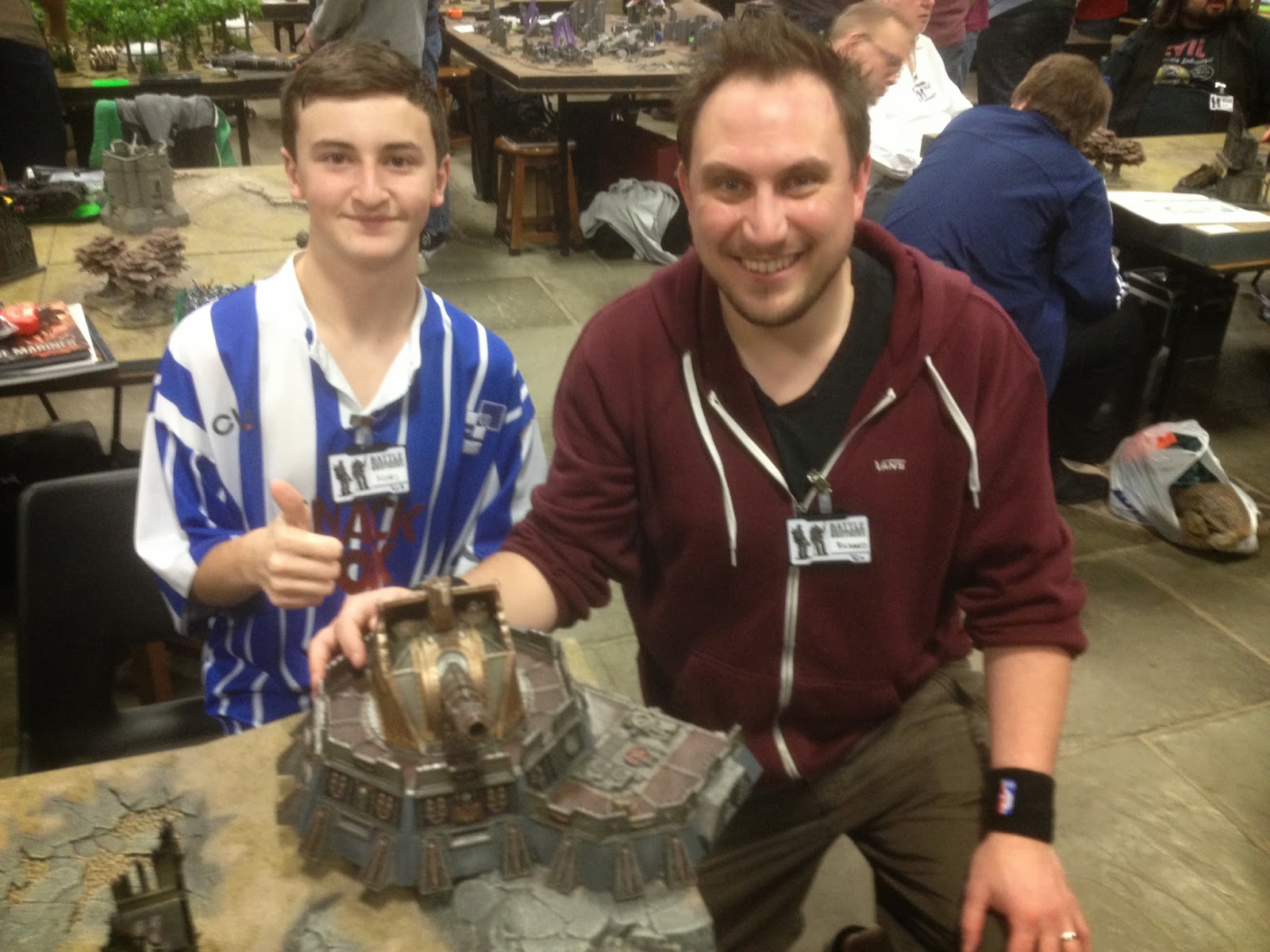 3) Alot of Players will have included Void Shield Generators in their army.
This could not have been further from the truth, not a single player took a Void Shield Generator, much to my suprise. The closest I saw to this was an opponent who took a Macro Cannon on an Aquila Stronghold. I spoke to this Father + Son team, and they agreed that the points cost was incredibly high, and being very static it didnt perform especially well at killing the opponents models. At one point they did in fact end up destroying their own fortification with a stray scatter.

Our 4th Opponent took a Quad Lascannon emplacement, unfortunately the low BS of the weapon simply meant that it was very lacklustre throughout the game, killing only a Venom over 7 turns. 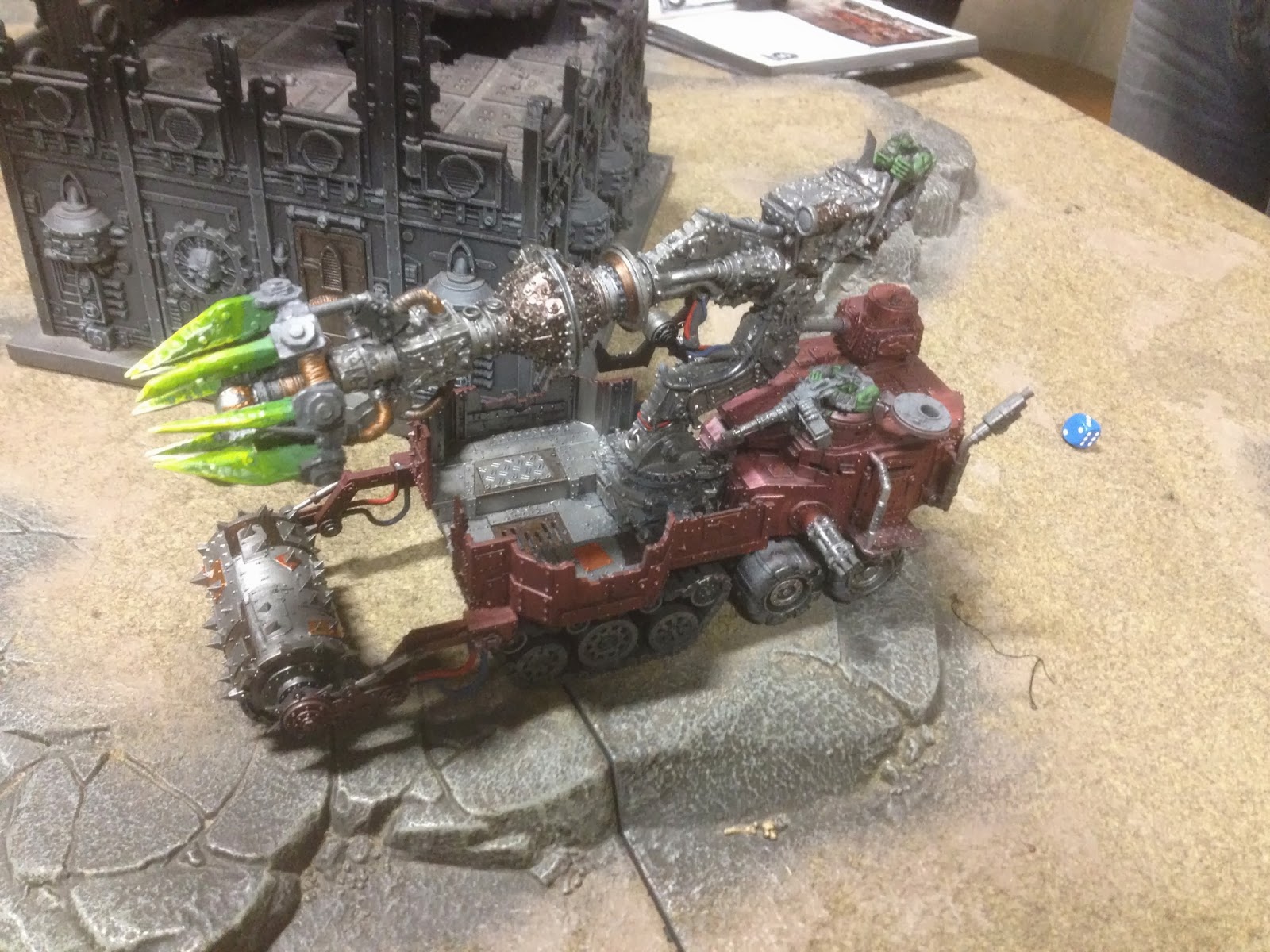 4) Many players will include Forgeworld models.
Forgeworld models were rife in this tournament, R'varna, Caestus Assault Ram, Lifta Grabba's, if Forgeworld released a model for it, someone somewhere in the event hall had one on the table! Noticeably though, Forgeworld models, even those with experimental rules did not outbalance the game at all.


Well there you have it, to summarise it would appear that much to the opposition of common concepts, Escalation and Stronghold Assault have had little impact at all on the world of tournaments, with less than 5% of players taking choices from either book, and those choices performing with very lacklustre results, I don't think we have any fear of these being overpowered in our games.

In case there is any doubt though, I have decided to drop my Tyranid Army idea for Throne of Skulls later this year, and I will be taking a Lynx of my own to see how it performs!!