Hull Points in 7th Edition and the Leman Russ 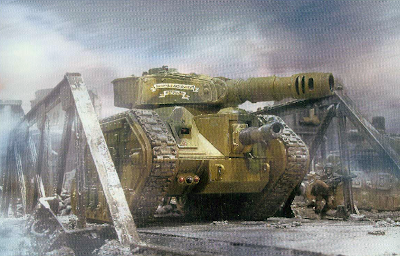 There is hardly a tank in the game that took as big of a rules hit as the Leman Russ and its variants. The rules just did not sit well for this tank when it lost its lumbering behemoth rules and instead became a heavy tank. Not to mention its a full on battle tank with as many hull points as an apc Chimera/rhino.


So I was asking if hull points were being looked at in 7th edition, and the answer was, briefly. Expect no changes to the hull points though.

As for Hull Points and the differences between vehicles, the Russ is getting an update to make it more durable (not just a 4th hull point but it's very hard to hurt from the front in more than just having a higher AV).