Sightings of a Plastic Thunderhawk: Krieg Rolled into the IG Codex 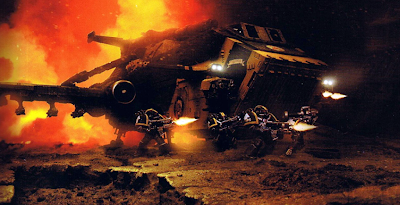 Like the mythical Unicorn, sightings of a plastic Thunderhawk Gunship crop up once in awhile. While ellusive, this beast of a model would be a community favorite if released. For now though, here is another sighting.


Also of note, this rumor mentions Death Korps of Krieg being rolled into the new Imperial Guard codex that is rumored to being worked on. While I can see this happening in the background, it would be difficult to go beyond that.