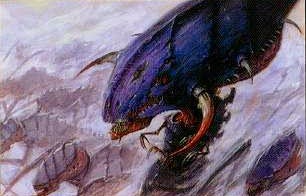 Earlier in an email I was told that the Psychic App was updated to include Tyranids. The odd thing was that it was an update to get the Tyranid Hive Powers, and not a purchasable add-on like previous codex updates.

So to get it for Tyranids as a free update, even though I had purchased other codex powers for the armies I use was nice. I can only hope that this is the trend in the future, as the game moves more and more to a digital format.
4/23/2014
Natfka
40k, 6th Edition, New Releases, News Headlines, Tyranids, Warhammer 40k