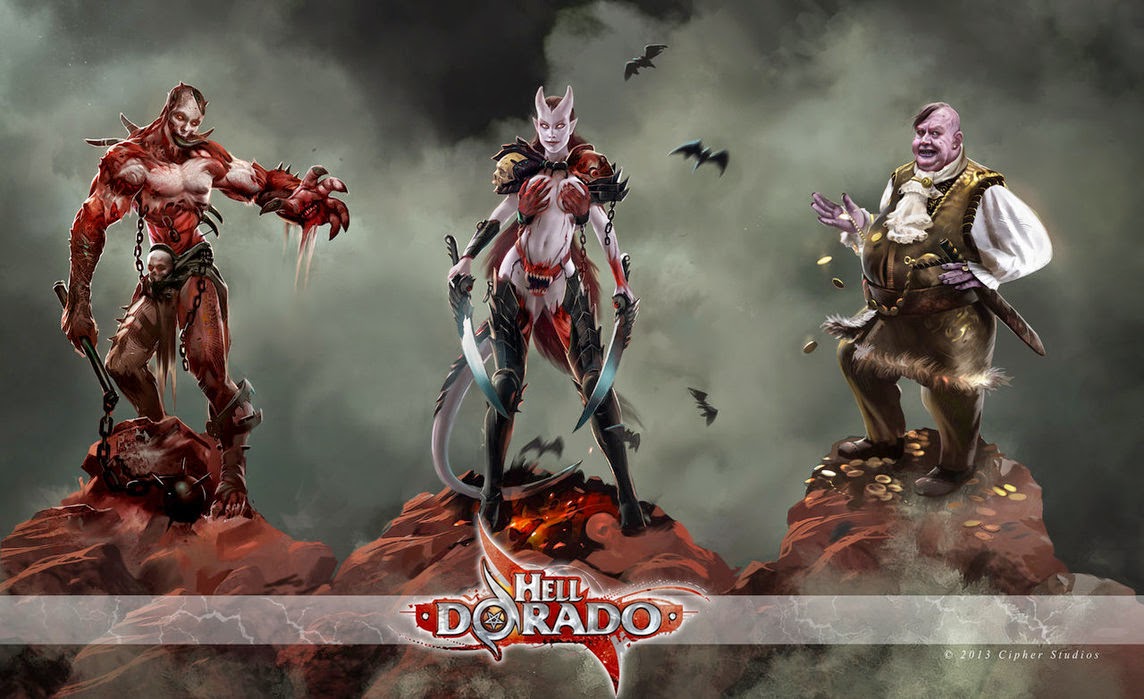 Helldorado has been on gaming table quite a bit over the last few weeks. Its a skirmish game, and one that I enjoyed playing when I was getting demo's shown to me several times by Justin (of Cipher Studios). It was one thing to play the game with someone that was able to lead the game, but to actually sit down and read the rules and get some games in, I found myself really enjoying the game more and more.


First off, the rules are very solid, and I definitely like the models. What has kept me coming back for more of this game though is the backstory of the game.

It is 1635, and a gate to Hell has been discovered. Westerners under the power of the church send explorers and quite literally conquerors through the gates. Soon a new beach head is formed, a city created, as the armies of the Westerners push into Hell to exploit it. Of course there are demons there, and while they were not prepared for the forces that came against them, opposition has now formed, and armies led by fallen angels now push back against the invaders.

There were others there as well, as the Saracens have been here for some time, on a hidden and secret mission to find an entrance to Heaven. The Immortals and Lost can also be found, along with a host of mercenaries.

Helldorado is a skirmish game, so its quite easy to get several games in quickly. It also comes with a quick start rule set which is free to download online. This gets you into the game with the mechanics. Here is a link to them. http://cipher-studios.com/downloads/.

I currently have a good sized set of both Westerners and Demons. I will have to say that I have had a good time with both of them, and after Valhalla they are going to be on my painting table to get painted up to get more games in. Perhaps some batreps etc in the next few coming weeks.