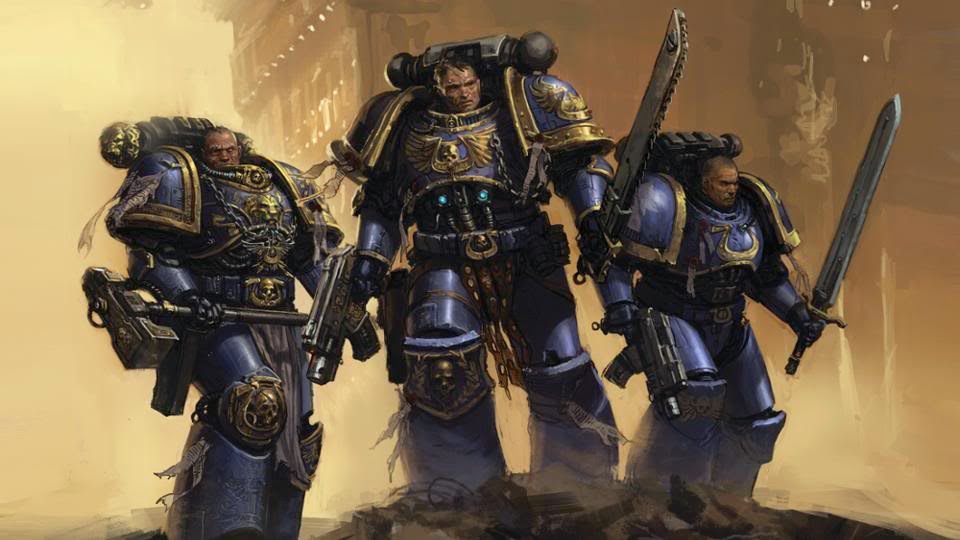 There are many games on the market today for our community, and some great rules writers out there that have either written for GW in the past, or grew up with their games. Great examples of rules out there include Malifaux, Infinity, Dark Age, Dropzone Commander, Helldorado, Deadzone and much more. I try and cover the games that I have access to, and get a chance to play on occasion. Warhammer though, has began to feel outdated.

Presence of Faeit articles are editorials. At one point I was doing these weekly, but have fallen off. I will do them when time allows. I also want to say thanks to all the readers that have sent in submissions for "Whats on Your Table". It does seem like there is a lot of interest in the series, and I will keep it going.


What I have noticed over the last year or so, is that even though warhammer 40k is a great game, it feels outdated when played. Clunky. Yes, the game has improved tremendously over the years, and perhaps it has always felt a little clunky. Its not something you really notice or care about until you start playing a lot of other games.

Now, before I go further, I want to start off saying that the I love warhammer 40k, and will not stop playing it. I have no interest in that, not because of the models I have, but because I like the game, its depth on the tabletop, its miniatures, background, and most of all its community. There is no other game that can compete in Warhammer 40k's depth. The talented writers at the Black Library have just written that in stone, and are very productive. Forgeworld even offers more unique models and gameplay alongside Games Workshop. I have been playing Warhammer since 1998, and will continue to do so for years to come.

So then what am I talking about here. Why does Warhammer feel so outdated when it comes to its rulesets. Its because it really has not changed all that much. Yes, its been refined, but the same principles are still in place, and keep getting reworked with a new system every so many years.

For example. In 40k its roll the dice and then one side moves and then the other side moves. This in effect already unbalances the game, where newer game systems have employed different strategies that alter can alter this. In DzC each battle group moves one at a time. This breaks up the gameplay round, and allows for a more dynamic battle. In 40k that often means that something as simple as all skimmers for some reason are remaining motionless as the enemy approaches for battle. (this has always bugged me). Why are things like smoke launchers or moving skimmers not allowed to go before the first round of firing, or be assumed to have been moving.. This has sometimes led in the past to powerful first round shooting (alpha striking), that can end the game before it even begins.

Of course there are lots of skirmish games out there. These games deal with the round often by alternating unit activation (often one model or a couple models) at a time. When you do this unit or unit type of battlegroup activation, it cuts down on having so many different phases of play, as each unit fulfills all its actions when activated.

Other examples of clunky rules in warhammer would include how flyers are used, and close combat.

This is just one example, but there are many others. Bushido for instance has one of the more dynamic close combat systems I have played, as you choose where to put your dice in attack and defending before you roll off against your opponent.

To be honest, there are a lot of new or newer games out there right now. Many of them have their own unique and often innovative ways of handling gameplay. Dropzone for instance is one of those games, with countless examples of gameplay that pushes the gaming envelope. The rules are not overly complex, and yet on the tabletop the game is extremely tactical.

Of course I say this as I am just wrapping up painting over a 100+ models of Astra Militarum for the Valhalla event about a week away. I am still a huge fan of the game, and I think 6th edition was by far the best edition of the game we have seen yet. I also look forward to 7th with a lot of eagerness, and that the lessons of 6th edition will be bring new light to the game in the coming months.

I think Game Workshops release schedule is a great thing. It keeps the game moving, and keeps stirring up any stagnate blood. Perhaps it is time that 6th edition comes to a close, and that we are ready to move forward.

These are just my thoughts this morning as we are on the verge of another edition of Warhammer 40k. I am not saying that I want things so shook up that we all feel our armies and models are instantly outdated or we are no longer playing 40k, but something feels like its needed to bring the game play up to the top again.