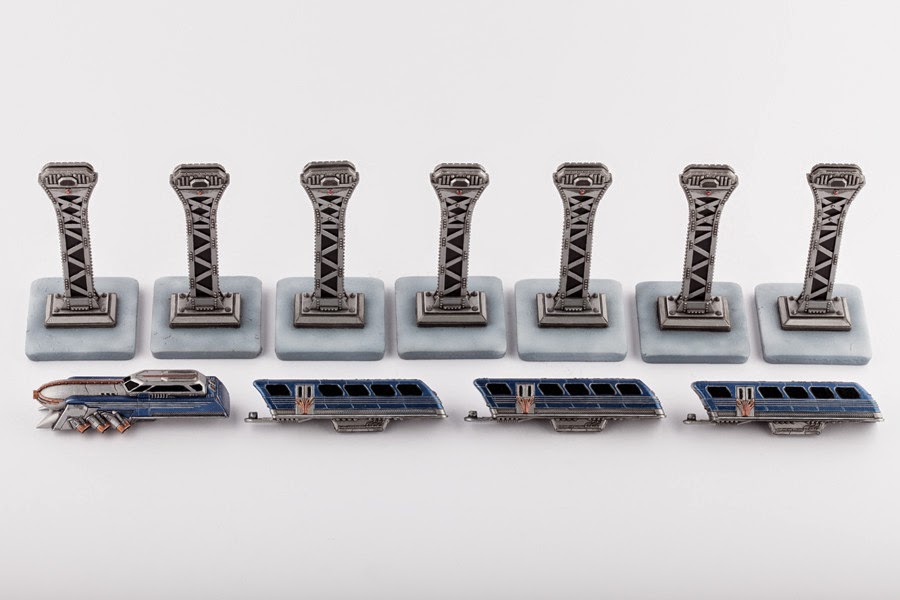 OK, I just have to get these as they come out. The Aegis Orbital Defence Laser Scenary Pack creates a fun set of new missions to play as these were prevalent on the Cradle Worlds. To top it off, the Monorail scenery pack I saw last year at Valhalla is also on up for pre-order and going to be available here in a week!


Here is where you can pre-order these right now!!!
http://www.hawkwargames.com/collections/scenario-pieces 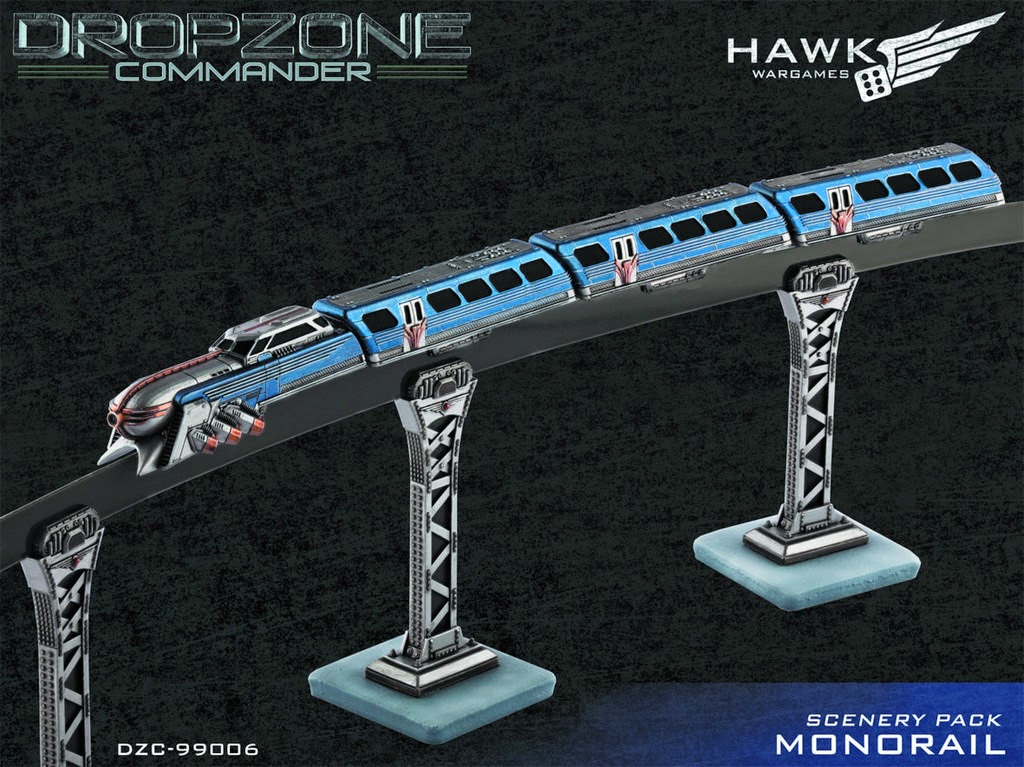 Monorail Scenery Pack£45.00
This product is now available for PRE-ORDER: All products currently on pre-order will start shipping for delivery coinciding with the in-store release date of April 30th 2014.

The Monorail has been a popular form of urban transportation on human worlds for many hundreds of years. This, the almost ubiquitous 'Silver Bullet' model, is by far the most common and has changed little from before humanities' Age of Expansion to the present day. It is fast, robust and famously reliable since it employs very few moving parts. It is also self-powered, allowing it to operate independently of a city's energy grid. Human-built monorails are known to still be employed by Scourge forces on the Cradle Worlds and are occasionally commandeered by Resistance forces when needed. In fact, it is apparent that a long abandoned Silver Bullet can be brought back to life with as little as fresh fuel and basic tools. Although normally civilian vehicles, in these times of war they have frequently been pressed into all sorts of improvised military roles, from the efficient movement of supplies to VIP transport. Indeed, they can often prove to be critical objectives for a variety of missions.

Scenarios for the Monorail will be available in the new Expansion book, as well as being available to download from the site by the end of April 2014.

One Monorail model, 7 stands, and 7ft of track per pack. Aegis Orbital Defence Laser Scenery Pack£45.00
This product is now available for PRE-ORDER: All products currently on pre-order will start shipping for delivery coinciding with the in-store release date of May 31st 2014.

The Aegis ODL is a formidable N-4 class laser weapon, designed for static defence against enemy assets deployed from orbit or high atmosphere. While it can make an impact against smaller starships, its primary role is to strike at enemy dropship formations at extreme ranges, where it excels. Its slow traverse and massive size make it unwieldy for tactical use on the battlefield however, where it is vulnerable to close assault. The Aegis has been in service with the armies of humanity for over 200 years. It was in the process of being introduced across Earth and the Cradle Worlds at the time of the Scourge invasion, although unfortunately there were far too few operational to make much difference in the cataclysm. Today, the Aegis is still manufactured on Ferrum by the UCM and several installations are known to be functional and under the control of Scourge or Resistance forces on the Cradle Worlds. Whenever one of these mighty constructs is present on the battlefield its capture or destruction will almost always be a critical objective, since it is more than capable of erasing whole flotillas of dropships from the sky.

Scenarios for the Orbital Defence Laser will be available in the new Expansion book, as well as being available to download from the site by the end of April 2014.

Of course some more pics. 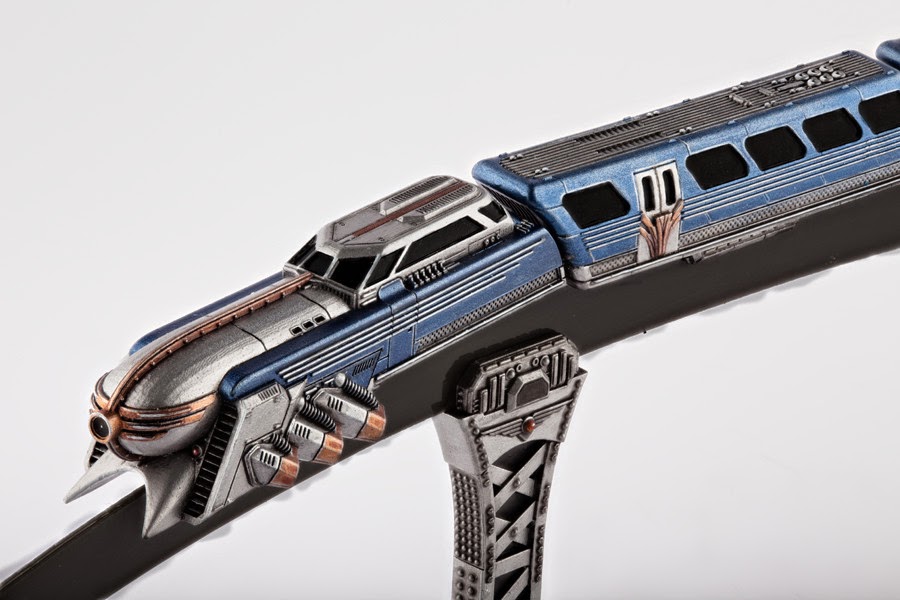 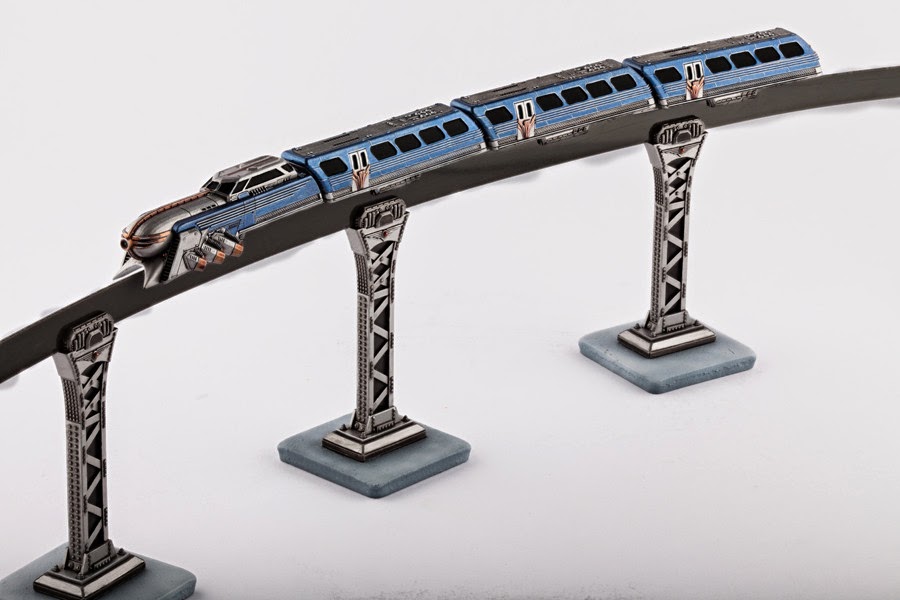 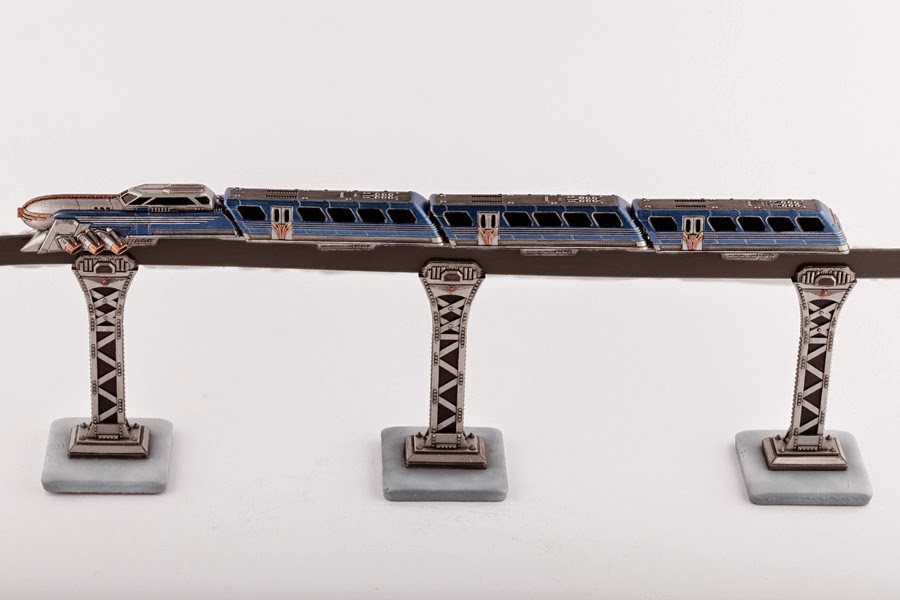 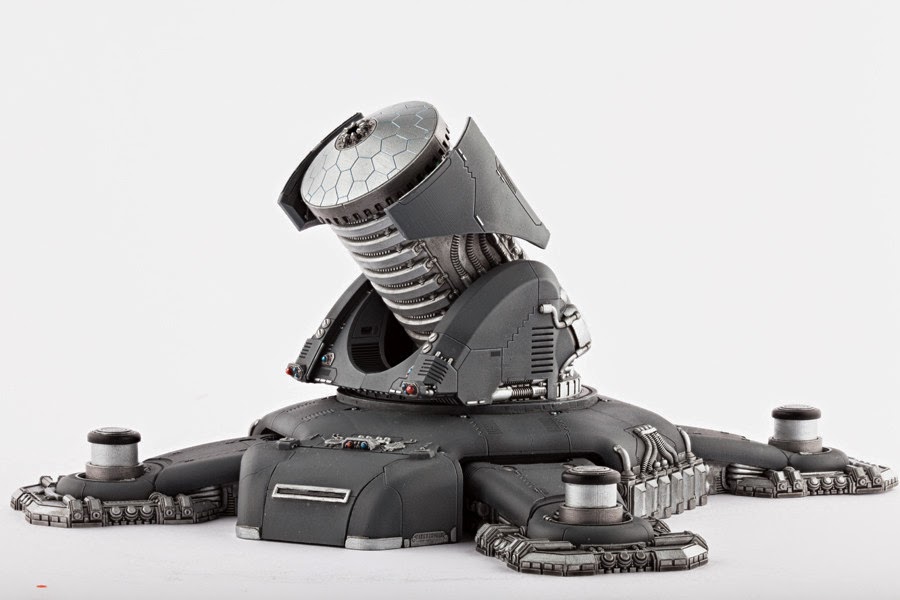 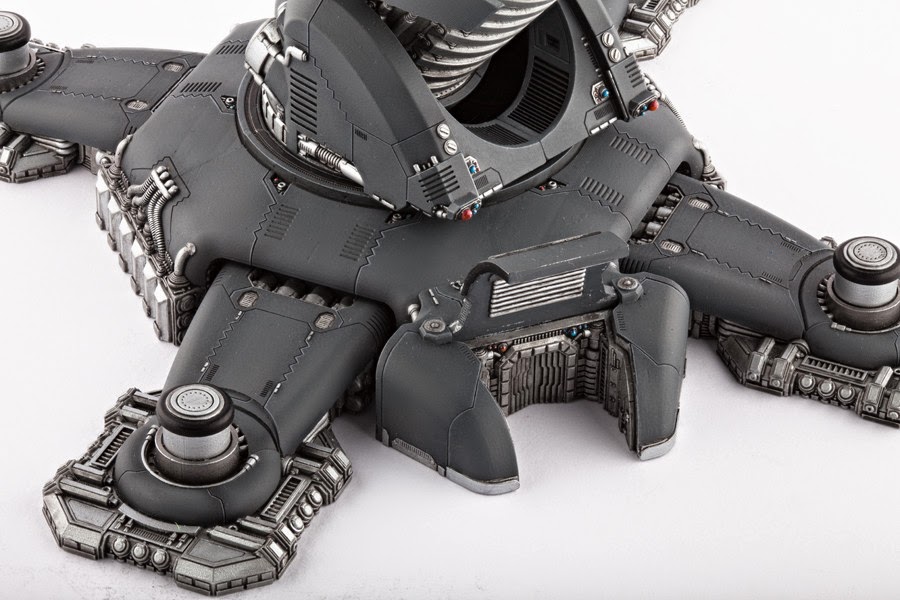 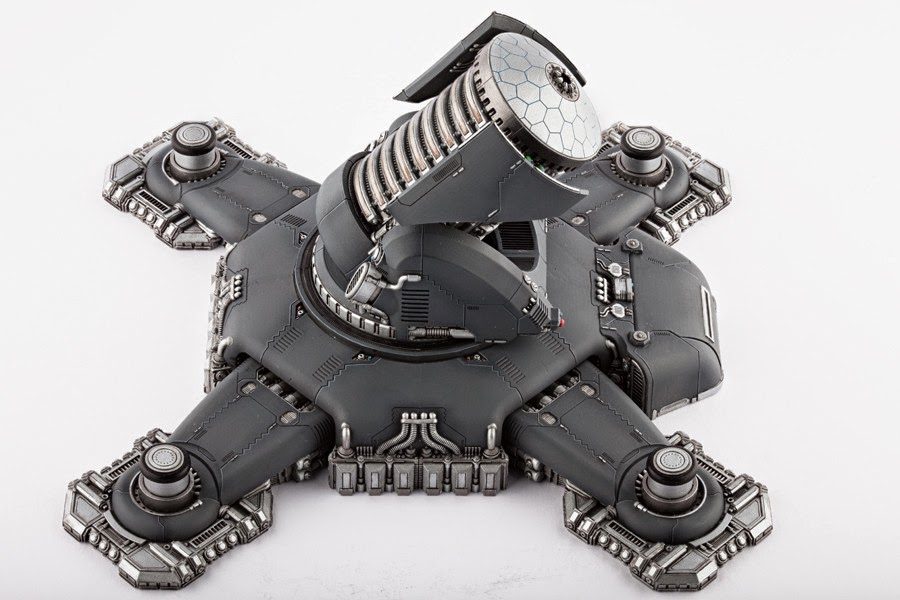