7th Edition Information: There is No Time For Peace 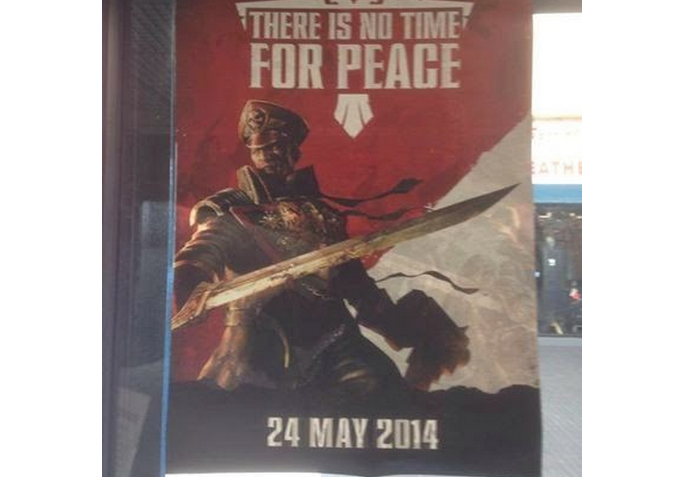 Above is the poster that is coming in the next White Dwarf and that are already being shown at GW store locations. The picture above was revealed on facebook for the Liverpool GW Store. Not only that but we are now getting some reports on the contents of the book from more than one person.


Here is a link to the facebook page for Liverpool where the image was revealed.
https://www.facebook.com/GWLiverpool

The information below must be taken as rumor, since we just cannot verify that these are from official sources. It looks very much like we will be calling this 6.5. Just to understand where these are coming from, GW managers have been in meetings in the UK, and this is where I am assuming that the information is being spread from. Hard to tell at this moment though, and the next few weeks will show us more of what is coming.

via an source over on Talkwargaming- Thanks for the heads up Zion
The new rulebook is not a 7th edition of the game, but a re-issue of  6th edition which has the FAQs incorporated in it, and some minor tweaks  across the board. Some of you may remember when they did something  similar during 3rd edition, where they totally overhauled the assault  phase, but the edition itself was left alone from that point. Same idea  here-- they're folding in the changes in Stronghold Assault into the  main rulebook, and quantifying superheavy units and D weapons in the  main rules. But that's about it.

via an anonymous source here at Faeit 212
My brother just got in from GW and the manager said the rulebooks were just getting errata tweaks put in them and would be re-released alongside something else. So just a 6.5 rather than a 7th edition

Could the "something else" from the second source be the black box Eldar and IG that we have been talking about?
4/30/2014
Natfka
40k, 6th Edition, New Releases, News Headlines, Rumors, Warhammer 40k