Home » Dropzone Commander » News Headlines » Reconquest and So Much More!

Reconquest and So Much More! 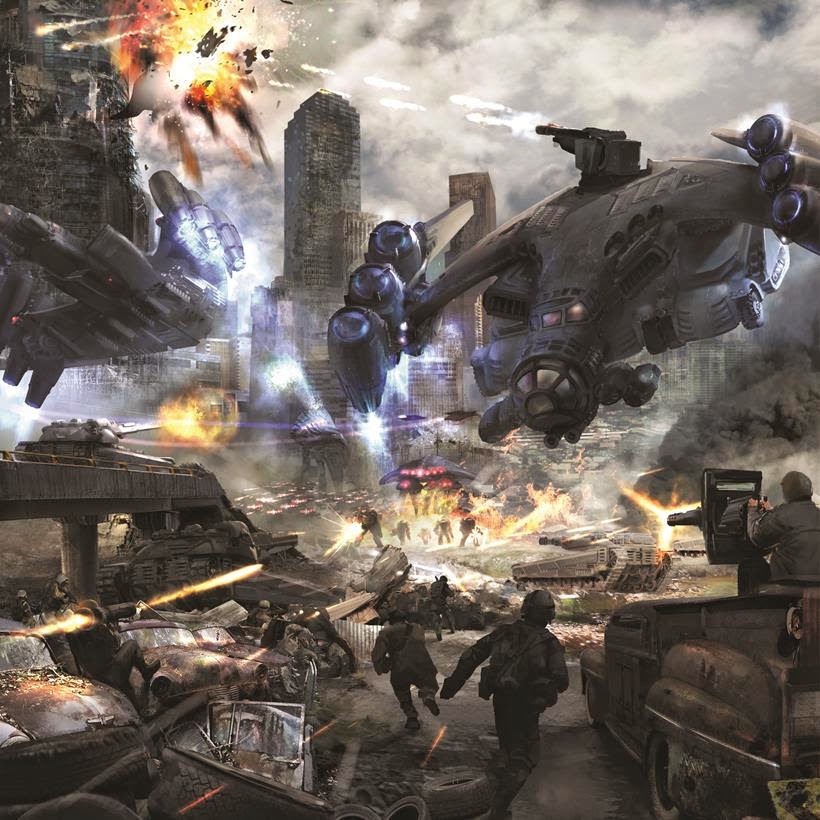 Also take note, that we will be seeing Scenario Packs released for the game coming very soon. The first of which will be available at the end of the month. It was a full year ago that I first got to see the Monorail in person, (its awesome btw), and I look forward to getting my own personal for more missions. Then there is that Aegis Orbital Defence Laser which I have yet seen on person. Just a heads up that monorail has a long flex track able to reach all the way across your gaming table.

Here are some of the latest newletter from Hawk Wargames. For more Dropzone fun, check out the rest of their newsletter and site at this link.
http://www.hawkwargames.com/blogs/news/tagged/big-news

via Hawk Wargames
1) Reconquest: Phase 1 - DZC expansion book announced
At Salute 2014 we revealed the title and cover art for Dropzone Commander's first expansion book. Reconquest: Phase 1 will advance the storyline of DZC and will introduce a new faction; The Resistance. The book will include full background and army lists for this vibrant and varied faction as well as printed rules for all our new releases and some unseen units for the existing factions. The book will also include many new scenarios, rules and campaign info to add further variation and narrative to your games of DZC. Reconquest: Phase 1 will be available in Summer this year.

2) New Resistance Miniatures - showcased for the first time
We've been hard at work completing the range of highly detailed Resistance miniatures and at Salute we displayed the Barrel Bomber, Medium Dropship, Halftrack, MBT, Battle Bus and AA Tank (working titles). These are among our most detailed creations yet and are some of the most important units in the range. Keep an eye out for more information on these exiting new models over the coming months

3) Scenery Packs Pre-Released - Further products also previewed
At Salute, we began to pre-release our new range of scenery packs, starting with the Monorail and Orbital Defence Laser (available in Stores end of April and May respectively). We also showcased work in progress on the Bunker Complex, Landing Pad and Civilian Vehicles sets. These will all be released in stores over the coming months and will be accompanied by scenarios designed specifically for them. These will be available to download for free (starting next week) and will be printed in Reconquest: Phase 1.

5) Space Combat Game in Development - official announcement
Part of the purpose of building Avenger is as a tangible bridge between Dropzone Commander and our in-development space combat game set in the DZC universe, Dropfleet Commander (working title). For this exciting project, we've been working with Andy Chambers on the ruleset, which is currently well into the playtesting phase. There's a lot more work ahead of us, but expect to hear much more before the end of the year!
4/16/2014
Natfka
Dropzone Commander, News Headlines