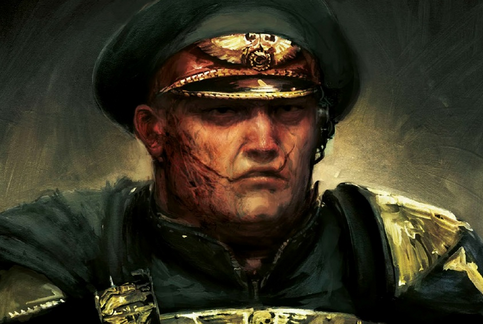 It was game time, and I wanted to talk about Tank Commanders. The issue though I was having in my last game using one, is that the orders were almost useless.


Of course the benefits of fielding Leman Russ Demolishers commanding the field (what I was doing) is a lot of fun. The issue I had was that the orders never really ever had a use during my game. After trying them for the first three rounds of the game, I spent the last two not even rolling for them. Of course the one time I would of liked to fire at a different target, I failed my roll of a 9 or less.

So while I do like Tank Commanders, the orders were completely useless to me the entire first game of trying to use them. Of course I will be doing it again, but the first game with them was extremely disappointing. That is not to say that the Tank Commander and his Leman Russ Squadron did not dominate the game, but that was due more to my allied Guardians of the Covenant (Dark Angels), and their librarian.

There is a lot of list flexibility in this new codex, and Tank Commanders are one of the most exciting,  I was just hoping to get some use out of the new orders. I do wish there was more than just three orders for Tank Commanders, and that they could effect the usefulness of more than just their own squadron of tanks. Perhaps we will see that the next time we see a AM codex or supplement.

A funny thing about it....... When I was setting up my models, I did a catch 22, where I thought for a few moments that I had forgotten to put an HQ in the list and was searching frantically through my list and models looking for one.
4/20/2014
Natfka
40k, 6th Edition, Astra Militarum, Warhammer 40k