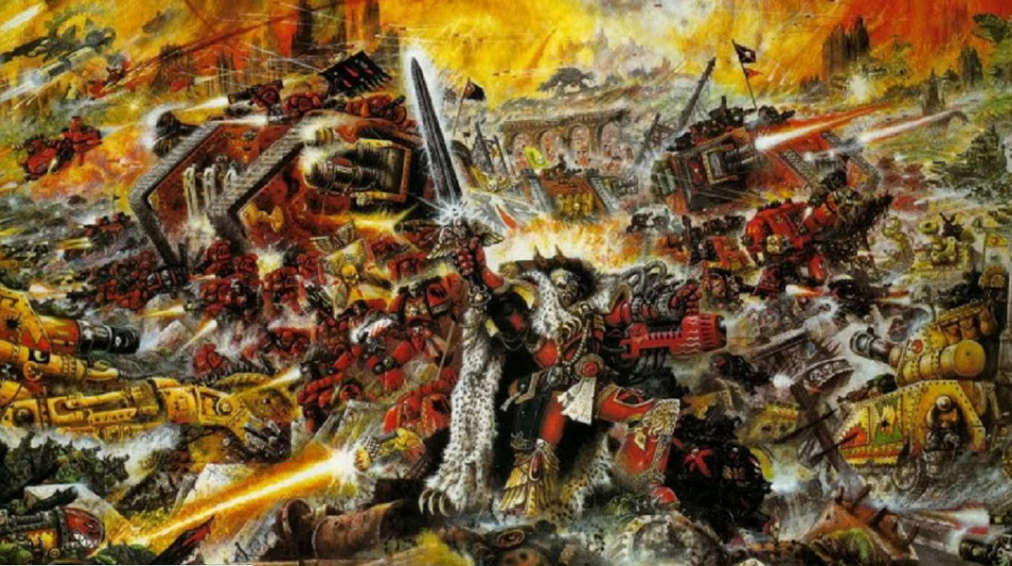 Even with new site and no space for other games on it yet, rumors are abound of epic coming back. This in my eyes would be a great investment for Games Workshop, as the rules were very solid for it to begin with, and would mostly require just a relaunch of the model waves. There really are 3 big specialist games that would make it in my eyes, mordheim, gothic, and epic.


Please remember that this is a rumor. The idea of the game moving scale rather bothers me some, but we will see where this game ends up.

via an anonymous source on Faeit 212
Epic:
The Armageddon War is on its way. The starter box contains Blood Angels vs Orks and probably some plastic scenery. Armies will be released in single, fairly large boxes (probably around £50) with fully playable forces straight out of the box. Think half a company of Space Marines + tanks + thunderhawk, or a titan legions box set with an Imperator titan, Warlord titan, and accompanying reavers, warhounds and knights. The initial release will be just Space Marines, Orks, Titan Legions and Imperial Guard.