All Quiet on the Martian Front: Available for Pre-Orders 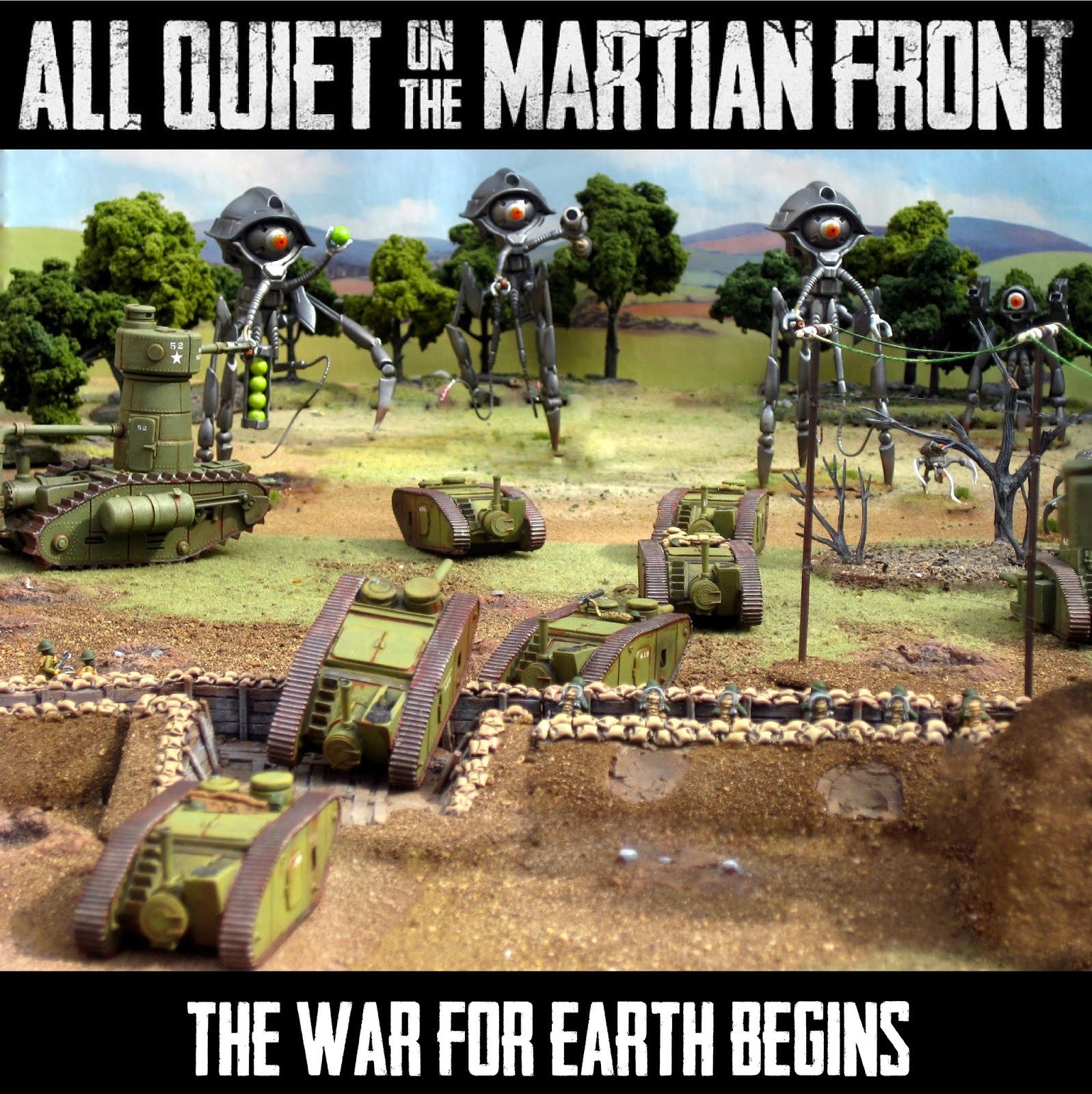 All Quiet on the Martian Front is a game I am just on the brink of getting to know. It looks like a fantastic game with a serious rock star design team of Alessio Calvatore, Rick Priestly, and Ernie Baker. The game is up for pre-order now and the kickstarters being sent out in May. I had to learn more, and here is what I've learned.

Video
First off a video from their kickstarter that ended last year.

Here is their official announcement for pre-orders. This game looks good, and one that I will be trying to get a hold of to check out.

The Battle for Earth begins! All Quiet on the Martian Front, the 15mm miniature game chronicling the Second Martian Invasion of Earth is now available on Alien Dungeon's website for Pre-Order:

Thanks to a thousand Kickstarter participants, All Quiet is finally ready for release. After the Kickstarter’s ship we will start delivering to the broader market.

New Releases will follow every two weeks with new products going on pre-order when the previous products begin shipping. The ranks of the US, Martians, BEF, and more will swell over the coming months with tons of releases (including items never available during the Kickstarter).

Be sure to place your order today to help defend the Earth (or maybe destroy it if you are one of those slimy Martian sympathizers!)


Starter Game
This looks like an excellent affordable way to get into the game. 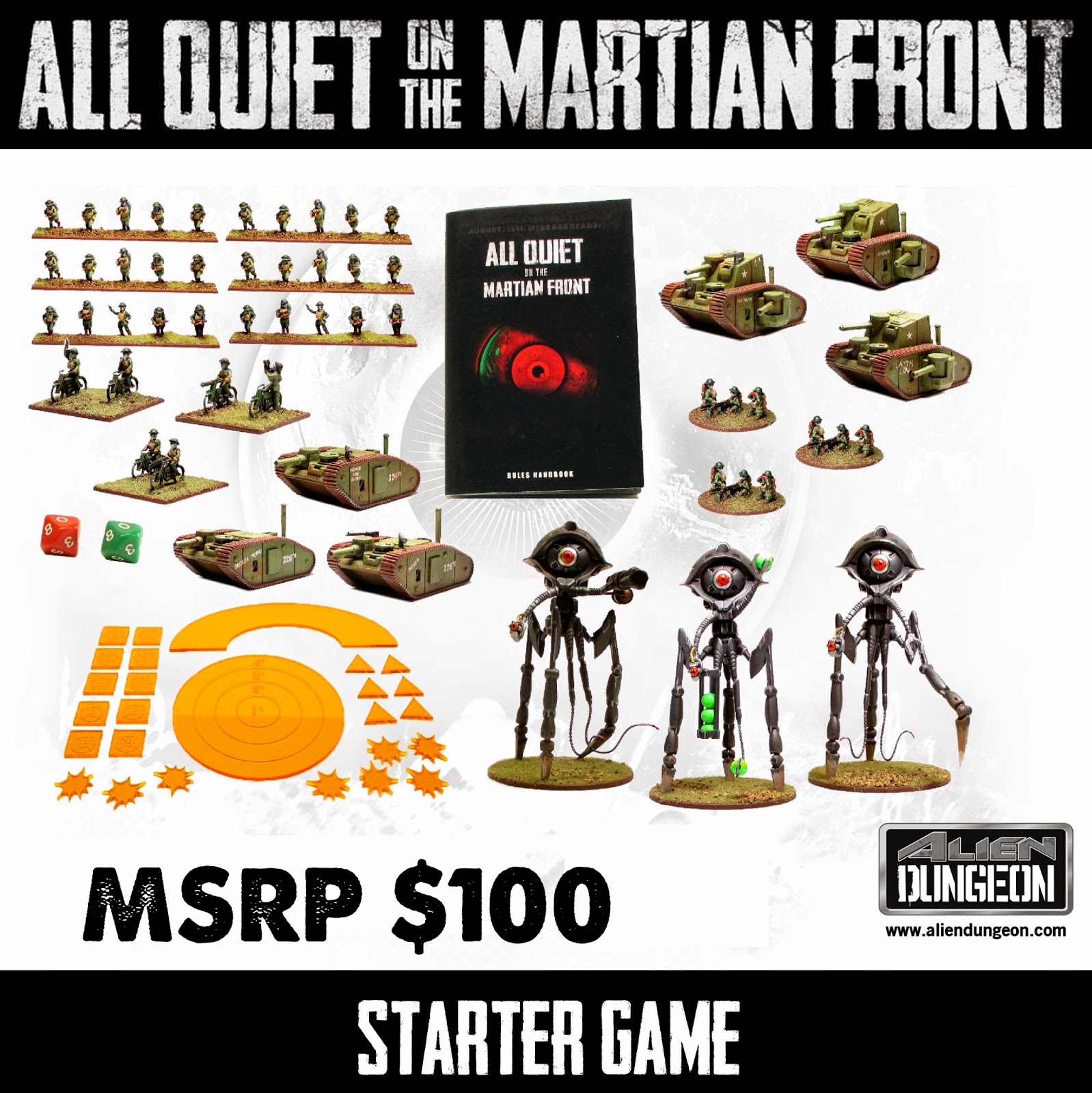