New Starter Set or Something Else 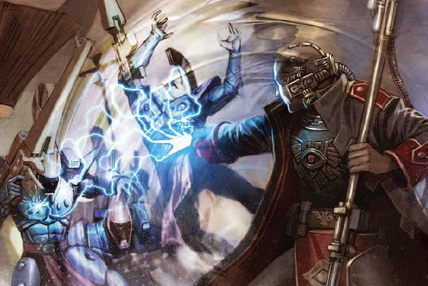 Yesterday we had some information regarding a black box release that showed Eldar vs Astra Militarum. Since it is quite obvious that 7th edition really is here, it was easily presumed that the black box would be a starter set for the new edition. Is that really what its going to be?


Here is the link to the rumor yesterday in case you missed it.
http://natfka.blogspot.com/2014/04/7th-edition-release-astra-militarum-vs.html

Previously we have had from a decent source, that Blood Angels vs Orks was going to be a starter set for 7th edition, and it would come towards the end of summer. This made good sense, especially when you realized that the codex releases of both armies are rumored be the first two 7th edition armies to get new books.

This latest bit about Eldar and Astra Militarum literally seems to discount that rumor.

What if the Eldar vs Imperial Guard (astra militarum) is really something different. I cant imagine that a black box already listed at some stores would not be released soon. We also have the latest information that something else will be released alongside the new rulebook.

Here are a couple thoughts behind this from the Faeit 212 inbox.

via Mistwarden on Faeit 212
I want to put some weight behind a possible date for the new starter set, September.
Why? Because GW wants and needs to balance the levels of sales ever year per month.
For example last two September was DV box set and then SM codex, both sold lots, so if there is a new box, it will be in September to help balance the books.
And balanced books keep the stock holders happy.

via Stickmonkey on Faeit 212
Take this with lots of salt, but I’ve had a lot of chatter over the last 3 or so months that Epic scale 40k was getting a re-release later this year, and the armies most often cited in the box were Eldar and IG.  There is also the blurb of a “mini” game in the most recent white dwarf.  I’m not saying this is anything definitive, but it seems like it could fit with the snippets of info I’ve heard.

I dont think that the mini game coming next week will be epic, but more Wood Elf related. However, it does give some thought to previous rumors we have heard about epic in the pipeline. September near Ork and Blood Angel codex releases would be a better time to release a starter set.
4/30/2014
Natfka
40k, 6th Edition, New Releases, News Headlines, Rumors, Warhammer 40k