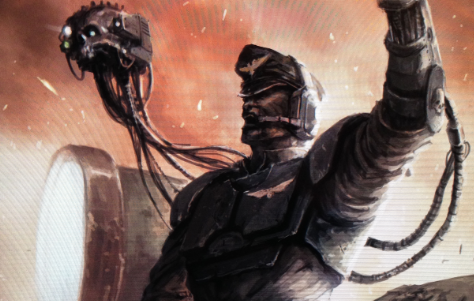 This week we had just a tremendous amount of detail on what the releases in the near future would bring. There was a of detail, and with the new Astra Militarum Releases, there is just a lot going on right now.


Faeit's Tarot takes look at the news and rumors of the week, so that we can look ahead to predict what is coming in the weeks ahead. This week there was a lot to keep track of, so I have hopefully organized it in a way that will help recap and catch readers up on what was here.


Rumors This Week
Lets start off first with the release schedule, as this tied right into the various releases and gave a clear picture of what may be on the horizon. 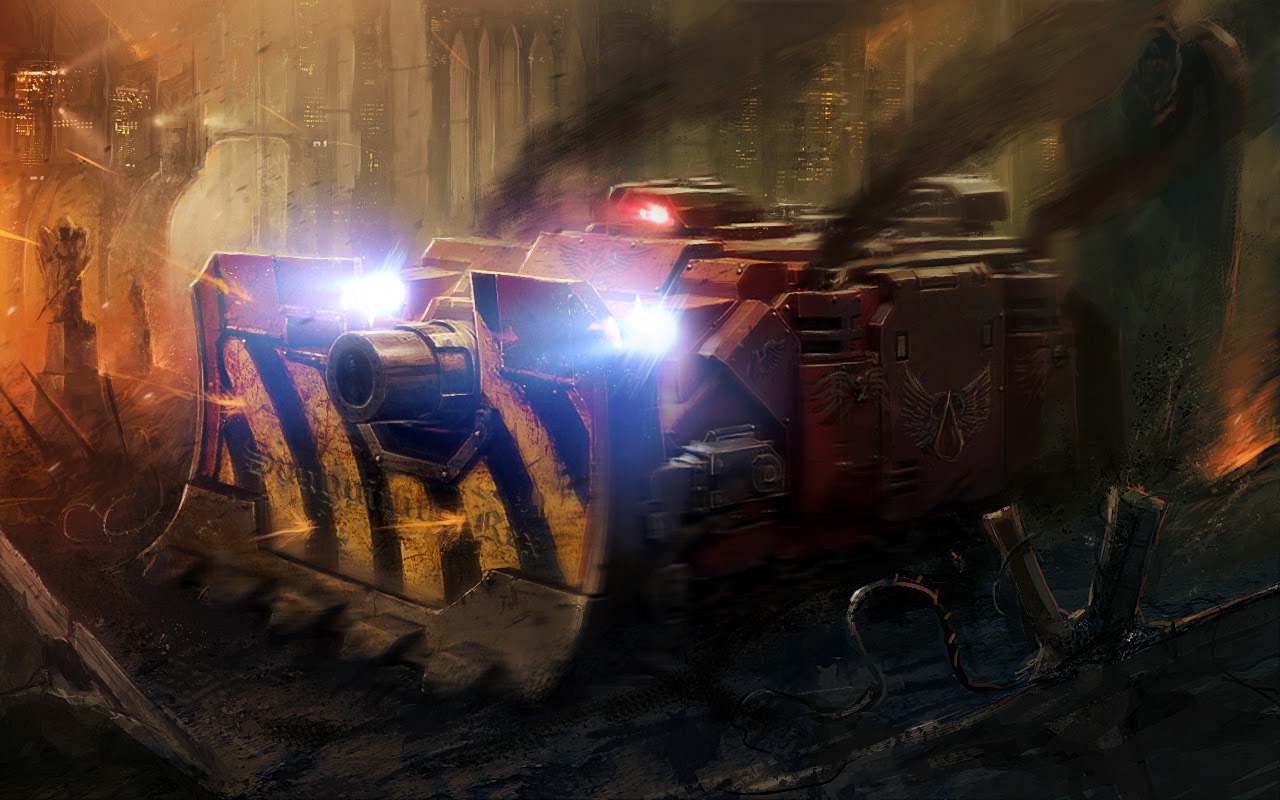 7th Edition and its Starter Set
via an anonymous source on Faeit 212
http://natfka.blogspot.com/2014/04/7th-edition-and-starter-set-release.html


40k 7th edition and the new starter kit Beachhead Stygia. It is small kit, with only five scouts, five blood angels, a commander with jump pack, five meganobs, 10 armoured ork shootas including a nob with two-handed axe and 10 gretchins. There are some destroyed columns, destroyed gothic stone walls and a three-piece stone bridge carried by gargoyles. It has a 96 page book, but only about the half is used for rules including three scenarios. Expert rules like all vehicle-related stuff are omitted completely. There are a handful of dice, a ruler, but no blast markers.
At the same time, there will be a new starter painting kit with 10 snapfit miniatures that will bring the tactical marines from the starter box to a full squad size and gives the ork player 5 additional boyz. It has a 48 page booklet with additional scenarios and hobby guides, brushes, basing sand and glue.


- 7th 40k edition is only a minor update
- 40k run is part of the movement phase
- assault distance is not influenced by terrain, but gives minus two to
initiative
- vector strikes allow armour saves, but deal one to six hits
- 40k uses a percentage system for the army list
- you can bring as many different allies as you want. You can spend a
fourth of your points on allies, but they also count as their normal
category
- you can bring three allies to a game and must choose one
- bikes can strike units in 1” in the movement phase without assaulting
just like chariots, but can attacked back
- fortification and lords of war rules are in, but no profiles
- you have to pass a initiative test to shoot overwatching, get minus three
to ballistic talent
- you can engage new unit after victory in melee, but enemy can shoot
overwatch again
- you can choose to flee if you are charged but can be destroyed
- if you want to run in 12” of enemy you have to pass a leadertest
- vehicles get no cover saves against infantry, only against other vehicles 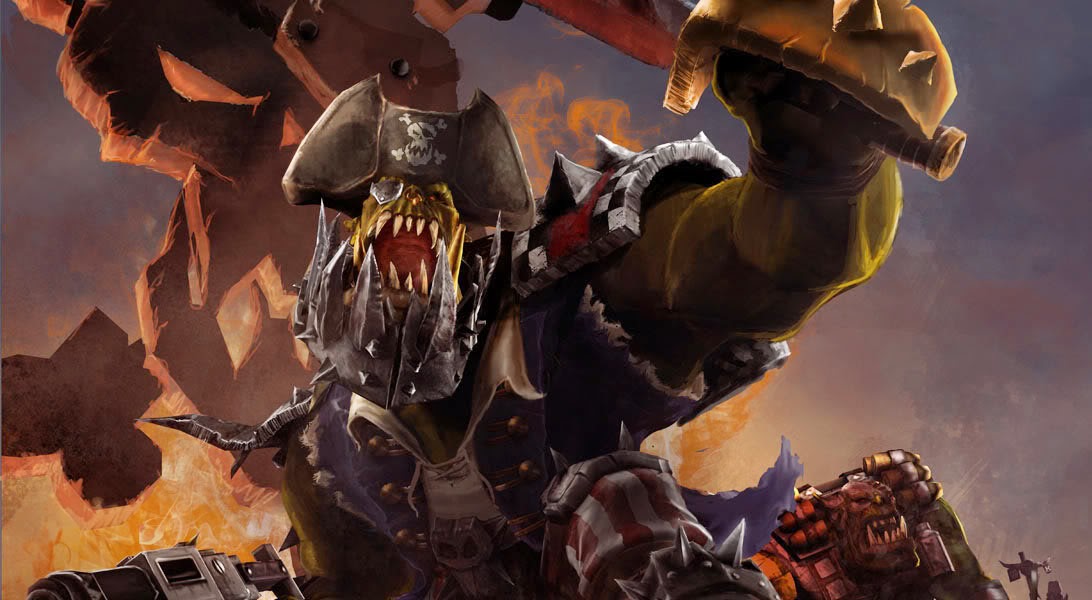 
This is a large release with five plastic kits and
two codices - the main codex and one supplement for blood axe freebooterz.
- a warboss in mega-armour with a "chainblade cleaver"
- a box that makes 3 behemorks, giant orks, as large as a killa-kan. They are stitched-up painboy experiments with giant chainaxes and a cannon that shoots buzz saw-blades. There is a heavily armoured variant with power drills and some sort of shoulder-mounted beam weapon with a tesla coil muzzle.
- a tankbusta combokit for the specialist ork squads
- buggy kit that also makes defflaunchas, halftrakk multiple-rocket-launchers. There is pirate nob either on foot or on the buggy. He was described as a mix of pirate and mercenary. A giant grappling hook replaces his forearm, a custom energy pistol, a bandana and two crossed belts on his breast with trophy fangs. The nob is a new HQ choice called 'ead'unter.
- The last kit is a battle fortress larger than a baneblade. It has a maritime vibe to it. It is basically a huge platform on three tracks with a round gun turret in the middle and several outer gun emplacements. The gun emplacement are not automated or armoured turrets, but open WW2 flak guns operated by orks and gretchins.
The platform has the shape of a star like renaissance-era fortresses with corrugated metal rails. There is an engine section at the rear end under the platform with exaggerated exhaust-chimneys and a crane that puts scrabs into a tank mouth. The main turret superstructure looks like an igloo. It has either a cannon with three barrels, each with a different size and length or a command bridge. On the platform there is either a landing platform including a killa kopta, a missile silo or two double-barreled armoured turrets.
The last options allegedly makes the fortress look like a battleship. There are galley-like trenches in the platform where ork passengers huddle. They are either empty or covered by canvas, so you can only see the bulges made by their heads.
The model has lots of humorous touches. The gretchins all wear spiked bismarck-like helmets. There is an ork bouncer standing at the bulkhead of the command tower. 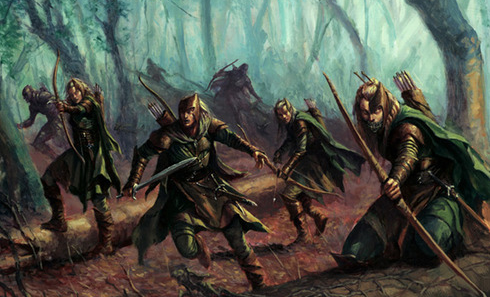 Wood Elf Release
via an anonymous source on Faeit 212
http://natfka.blogspot.com/2014/04/wood-elf-release-and-its-details.html


Wood Elves are out in May. They get only a two week release - armybook, magic cards and three plastic kits. It is not a total overhaul and their finecast kits - even the cavalry plastic-finecast-kits - stay valid. The only exception is the eternal guard. They are dropped completely. The models can be used as war dancers.
One of the new kits is special because it can be used for several different units. You can build either three hawk riders, which are one hawk and two surfers now, or three giant owl-like monsters called stonefeathers and six waywatchers. On top of that you can build a hero on hawk or on foot.
The second kit is a war dancer combokit. The second unit wears varying animal masks and shields made of pelt on wooden frames. They have animal claws as weapons.
The last kit is tree ancient and meadow hag. The former is a giant-sized tree man with a huge beard made of bark. The latter has a crown of leaves and she has a skirt of roots instead of legs. Her hands grow into a web of thorns.
The rest of the range stays as it is, the finecast kits probably mail order only.
The wood elves have very dynamic poses because almost all their units are skirmishers again and the sculptors didn't have to worry about spacing. Skirmishers work seamlessly with other regiments in 9th edition, so there will be no problem with this play style. 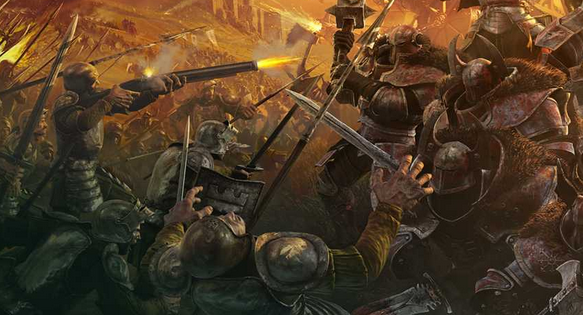 Fantasy 9th Edition
via an anonymous source on Faeit 212
http://natfka.blogspot.com/2014/04/warhammer-fantasy-9th-edition-rules.html


- the next fantasy edition is no continuation of the 8th edition. It uses a variant ruleset of 40k now- Fantasy has no movement value anymore, but a armour saving profile- there are still armour savings modifiers- all special rules use the 40k rules- units move like 40k units, but can assume one of three formations, block, tortuga and arrow- fantasy flyers can only be hit with minus three to the ballistic talent and can hit models under their flight path- there are allies in fantasy- war machines are their own category like special and core now, 25% of points can spent on war machines- there is a system to buy terrain- warlord tables, but can choose which trait to get- weapons have a profile like 40k but no armour ignore column