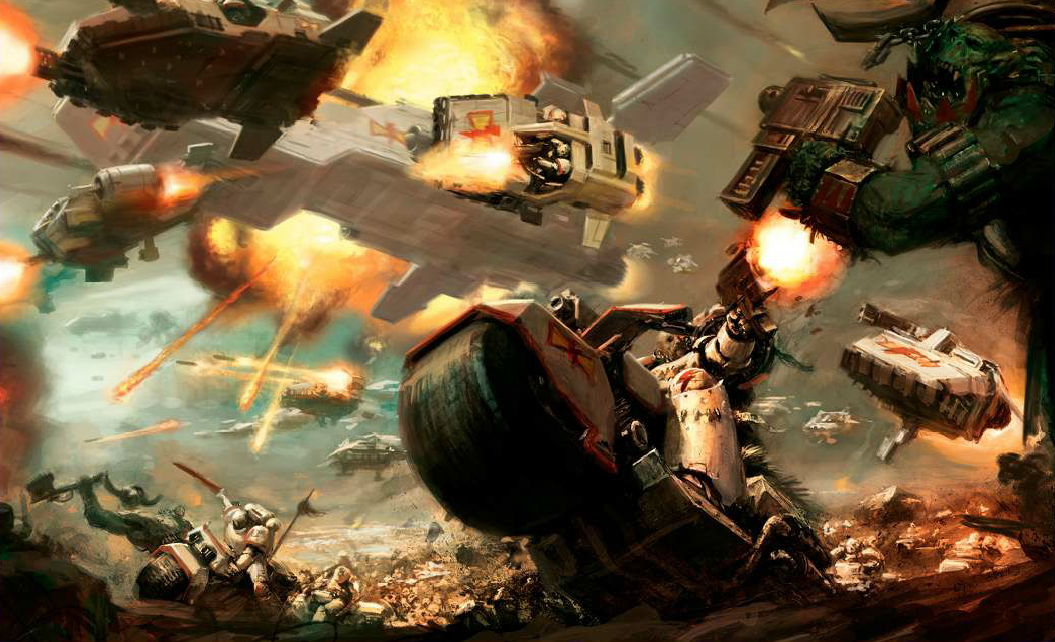 These came across my desk this morning and tie into the conversation about starter sets and a new edition. These are roughly translated so they may sound a little rough in some places. There are some very interesting things in here though, including no cover saves for vehicles from infantry. Terrain not slowing down assaults, and a complete re-work of allies and the Foc (the foc part I am hoping is not coming true.)


Please remember that these are rumors, and make sure you are bringing a little salt.

via an anonymous source on Faeit 212
- 7th 40k edition is only a minor update
- 40k run is part of the movement phase
- assault distance is not influenced by terrain, but gives minus two to
initiative
- vector strikes allow armour saves, but deal one to six hits
- 40k uses a percentage system for the army list
- you can bring as many different allies as you want. You can spend a
fourth of your points on allies, but they also count as their normal
category
- you can bring three allies to a game and must choose one
- bikes can strike units in 1” in the movement phase without assaulting
just like chariots, but can attacked back
- fortification and lords of war rules are in, but no profiles
- you have to pass a initiative test to shoot overwatching, get minus three
to ballistic talent
- you can engage new unit after victory in melee, but enemy can shoot
overwatch again
- you can choose to flee if you are charged but can be destroyed
- if you want to run in 12” of enemy you have to pass a leadertest
- vehicles get no cover saves against infantry, only against other vehicles
4/10/2014
Natfka
40k, News Headlines, Rumors, Warhammer 40k