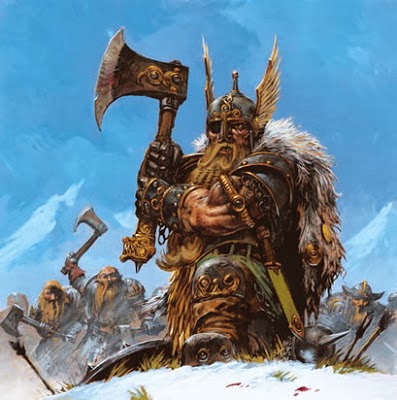 Dwarves are coming for February and there is information that is starting to show up for the new army book. A lot of this correlates with what we were reporting earlier from Bols, and goes into some more details. Of course the first Saturday of February would be the expected release date, with pre-orders going live on the 1st.

via an anonymous source on Faeit 212
I can confirm that Dwarves are indeed due within the next few weeks.
Models Rumours:
Core Troopers won't get a new box.

Light Armor Infantry Box is Slayers and a second build I couldn't
recognize. They look indeed weird, however the Slayers are more dynamic
than I'd expected them to be.

Heavy Armor Infantry Box is Hammerers/Ironbreakers dual build. They look
just so much better than their older versions, quite some variation
considering their former lack of such.

The "War Altar" is a dual build of Throne and Anvil I believe. It wasn't
quite clear, but it seems to be possible to give a "regular" Dwarf King a
toned done version of the Throne.

The Gyrocopter is quite a lot better than the previous one, but not quite
as good as it could have been. But it is a lot bigger, the dwarf isn't
really that much sticking out It blends in nicely with the rest of the army.

The Tunneling Vehicle looks pretty awkward considering the awesomeness of
the rest of this release. I think the rumoured "big cannon" could be a dual
build with this one, it looks pretty much twice as good as the Tunneling
Machine, especially considering how much potential there was.

Rules Rumours:
Pretty few that I know about, but here it is:
Playing Style: The playing style will be quite similar to the previous one,
but with a wider variation of possibilities. Ironbreakers will be even
harder to crack open while Hammerers are No-brainers (Dwarves are slow,
but those can hit like a meteorite if they get you!).
Cannons are a bit toned down but are still as accurate as always. I think
there's a decent chance of not having a single misfired shot within
multiple games.
1/10/2014
Natfka
Dwarves, Rumors, Warhammer Fantasy