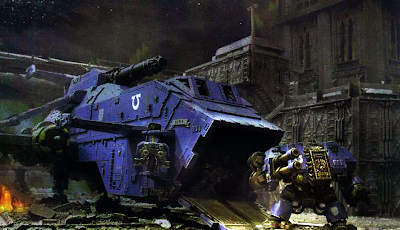 Tonight we get to take a look at the two new releases for Warhammer 40k, both Stronghold Assault and Escalation. Both of these are worth taking a closer look at, and our source who apparently has the book, has stepped up to take a closer look at what these contain.

Please remember that these are considered rumors until the official release on Saturday.

If you missed Father Gabe's previous look at both releases, you can see it here.
http://natfka.blogspot.com/2013/12/an-inside-look-at-escalation-and.html

Concerning Escalation:
- Read the book again and it remains the same as I reported the other day.  This book is adding a new force organization slot: Lord of War, to standard games of Warhammer 40,000.  I read one additional rule.
- If your (I think also if both of you) opponent uses a Lord of War choice, besides the other benefits you get (if you don't have a Lord of War) there is a separate Escalation Warlord Trait table for you to use.  I didn't have time to skim the entries, as I was focusing on confirmation on use, benefits, etc.
- Armies can only use their armies Lord of War choice and it is for the Primary detachment.
12/05/2013
Natfka
40k, 6th Edition, News Headlines, Rumors, Warhammer 40k