Storm Wing Formation is Getting Updated 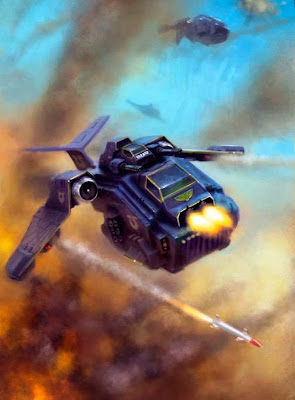 There was some confusion or information that needed to be clarified, regarding the Storm Wing and chapter tactics or transport for that matter. Since formations follow the rules of allies, can the Stormraven even use its transport capacity?


Games Workshop Digital is on it, and the update is coming here shortly. Here is what is being updated.

via Eddie from Games Workshop Digital Facebook
https://www.facebook.com/GamesWorkshopDigitalEditions
We added a rule to clarify how this formation works in relation to allies and transport. If you have the iPad version, the update is on the way, but it takes a while to be authorized by Apple, so in the meantime, so you can use this in your games right now, here's the rule:

“Independent Formation: The Adeptus Astartes Storm Wing Formation does not benefit from the Chapter Tactics special rule, but units from Codex: Space Marines that are included in the same army can begin the game embarked on the Stormraven Gunship, and can embark on it during the game.”

I hope this helps get you by for now, your iBook will be updated in the next day or so.