What is Coming in October: Looks like a Busy Month 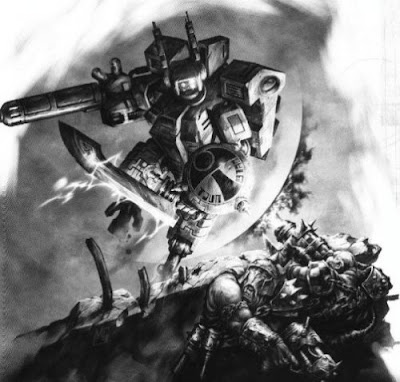 October is a very contentious month, with rumors of black boxes, mysterious games, codex supplements, and of course a Warhammer Fantasy release.


First off, when it comes to what we know is coming, even though we have heard some rumored timetables, I am still following what was posted here
http://natfka.blogspot.com/2013/08/beyond-space-marines-release-schedules.html


Here is what we know and think according to rumors for Warhammer 40k.
October:
A Month of Codex Supplements (print copy catch ups)
http://natfka.blogspot.com/2013/08/beyond-space-marines-release-schedules.html
Farsight and Black Legion Print Copy . (this looks solid, especially Farsight)
White Scars codex Supplement (looks solid for both print and digital)
Ravenguard: Sometime this year? Possible for October but rumored to be the second marine codex supplement.

Farsight was told to us that it would be released in print form in October, several times. So this for sure will be something that I am setting money aside for. This time gap between digital and print copy is rather annoying, and while I still want to pick these up, I have considered not doing so. After all I like print copies over digital. If Black Legion and White Scars come out.... well. I might need to pick up several books this month.

Black Box:
There have been rumor bits that have said that Blood Bowl is coming here. I am putting my stock in Tasty Taste's Inquisition skirmish game instead of Blood Bowl. I know we have not heard anything on this since Tasty Taste's article, but Blood Bowl seems out of place, as no other specialists game is being supported. I do hope blood bowl continues, but I fear that it is going to be a bit, if at all, and possibly not even by GW.

Here is what he said on this back on July 15th, 2013
via Tasty Taste on Blood of Kittens 7/15/13
Warhammer 40k: Inquisition
http://bloodofkittens.com/blog/2013/07/15/rumor-it-blood-bowl-come-inquisition/
Inquisition is designed for 2-4 players and each side will use custom cards and dice. Army sizes consist of about 5-10 models per side. A whole new set of models drawn from Blanche artwork will accompany. The game should be flexible as you can make and design your own Inquisitorial retinue. As for rules complexity that is anyone's guess, but the general marketing goal for Inquisition is a gateway game into the greater Warhammer 40k universe.

Beyond that GW, seems to be taking cues from Kickstarter projects like Sedition Wars and home-brewed rules like Inq28 for Inquisitor. This also might not end up as a limited edition run, but that all depends on sales, and if any support is continued will be done through digital expansions and updates.

Fantasy Release for October
I do not know what is coming here, but it looks like Fantasy might be getting a release. I have heard everything from Dwarves to Dark Elves, and more. Since I do not receive Fantasy rumors very often, its often hard for me to tap into this line of rumors.

the latest rumor bit, says dwarves, but also goes against my beliefs on blood bowl not being released for October. So I add some salt to this bit, but since I am not a source of anything, I can just show you what is being sent to me.

I will try and spend some time with Fantasy later today. Hoping to catch up on some sleep. first though.
8/28/2013
Natfka
40k, 6th Edition, Release Schedule, Rumors, Warhammer 40k, Warhammer Fantasy