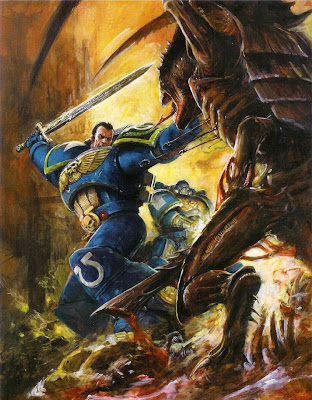 A lot of information has been flowing, and one of the lingering questions has been, when and where are the White Scars..... our first codex supplement for Space Marines.

Tyranids.... next!!!!!! Very exciting, and Ultramarines supplement may follow or be alongside.


While there is a big push to get Ultramarines out alongside Tyranids, it looks like there are some options that are being considered if they cannot be done in time.

via an anonymous source on Faeit 212
Most of the special characters have seen a points increase.

Grav weapons have a base strength against targets without an armor save.

SM will launch in September on it's own. White scars in October.

The rumor flood gates on them will open pretty soon I suspect.

There's a big push for an ultramarine supplement to be released in November alongside the tyranid book in digital. Supplement will focus on the tyrannic war.