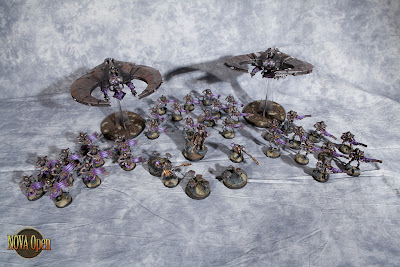 The Nova Open Charitable Foundation is making its final push on its Army Raffle Campaign, that ends now in less than two weeks. There are three great armies up for the raffle, and you can get involved for a minimum of $10 for the raffle of your choice.


Here is the latest from NOCF, and Laurie Brandt
The NOVA Open Charitable Foundation (NOCF) was formed with the belief our shared international community of tabletop hobbyists were capable of joining together to accomplish acts of significance to the world. Three incredible works of art have sustained that faith.

The 2013 NOVA Open Charitable Foundation Army Raffle campaign ends in less than two weeks. To date, over 6,000 tickets have been sold with the help of generous supporters like Justin McCoy (Secret Weapon Miniatures), Natfka (Faeit212), DakkaDakka, TabletopGamingNews, Bartertown, thePaintingCorps – and, of course, the sponsors and artists themselves.

At the end of July, the above community posted together and, within three days, nearly 2500 tickets were sold. In this Final Online Push to sell raffle tickets, the NOCF is hoping all of you can break that record by twice. 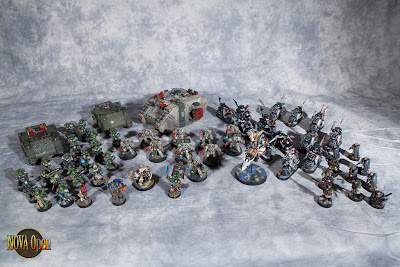 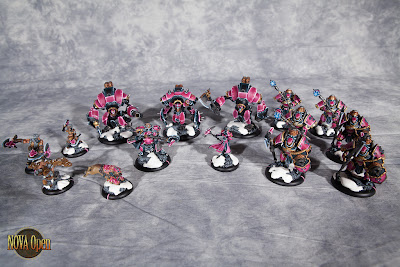 Every army is complete and snug in their custom-fit KR Multicases. Each case has been augmented with custom artwork incorporating each force’s unique logo – these armies are one-of-a-kind every way you look at them!

In less than two weeks, the world can watch the drawings by logging onto the 11th Company Podcast’s U-Stream Sunday night, September 1, 2013, between 7:30 and 8:15pm EST.

You need not be present to win. The NOCF will ship each army to its new owner anywhere on the planet where delivery is possible!

Is “The Compassionate Force” truly a worldwide community? If we weren’t certain before, we are now: Raffle tickets have been sold in 14 countries! Is your country on the list?
Australia, Canada, Denmark, Finland, Germany, Italy, Malta, Netherlands, New Zealand, Norway, Spain Sweden, UK, USA

0.95 cents of every dollar will be contributed to the named charities. We have sold over 5,000 tickets. Can we do better? With an estimated 9 million players worldwide, the answer is YES!
$1.00 = 1 Chance

Questions? Want to get involved? Interested in helping out with Charity Armies in the future? Contact us:
novacharities@gmail.com
8/22/2013
Natfka