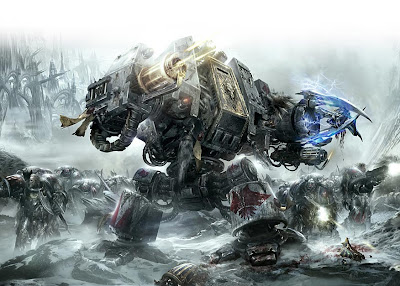 God-Emperor? Calling him a god was how all this mess started.
-Bjorn the Fell-Handed,
The Emperor's Gift (Novel) by Aaron Dembski-Bowden


Faeit's 40k Rumor Tarot is a weekly rumor wrap up, that includes links to the original article for each rumor, where often even more information can be found. 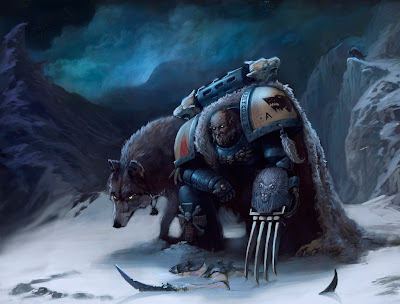 While Earlier in the week we were discussing rumors that I had put together to try and form a line up that makes sense. We have a rumor source chiming in on a rather detailed look at future releases, including both Warhammer Fantasy and 40k.

Some of the excitement that will sure to follow this is the first mention of Space Wolves.

via an anonymous source on Faeit 212
November will be Nidvember; Plastic Hive Guard Box released (corrected)

May: Space Wolves, there will be a 13th Great company & Thousand Sons Supplement parallel release near end of the Year Focus of the SW Supplement is the Fight again Tzeentch Forces 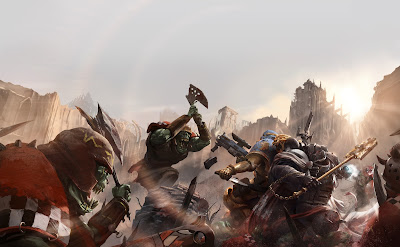 There were a couple other sources chiming in on the release schedule, and even though these come from different places, and conflict a little, its always worth taking a close look at them to get a good look at the over-all direction of rumors.

Here are two other sources chiming in on the release schedule from Friday.

via an anonymous source on Faeit 212 (short and sweet)
http://natfka.blogspot.com/2013/08/orks-incoming.html

via an anonyous source on Faeit 212
http://natfka.blogspot.com/2013/08/warhammer-fantasy-9th-edition-and.html
Next Year Warhammer Fantasy 9.Edition will have Empire versus Orks & Goblins.


Imperial Guard will release in March 2014 with Steel Legion Plastic Kits and a new Superheavy Tank base on the Baneblade. Baneblade & all other Superheavies will be in the Codex. 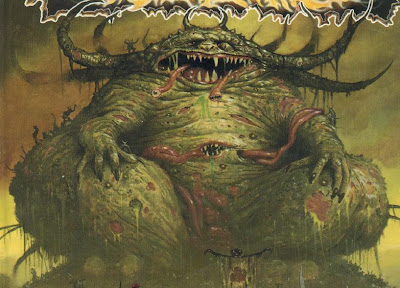 We have heard that lots of rumors regarding Greater Daemons getting new models, and even some regarding supplements. This however digs further in, and gets into more rumors and whispers about the return of the Each God and those that serve them.

via Rumour Sauce over on Dakka Dakka
http://natfka.blogspot.com/2013/08/4-chaos-space-marine-supplements.html
Im just going to lay this out nice and simple.

Chaos will be receiving some serious treatment very soon in the form of 4 new supplements, I do not have a release date (I couldn't even get an approximate) but what I could get was the following information about what the supplements will do...

I asked how they work for both codex and the example I was given was something along these lines..

Each book is designed to represent a combined force of daemon and marine all working in the will of their chosen patron, this will be done by allowing players to take units from BOTH Codex: Chaos Space Marines AND Codex: Chaos Daemons without the need to ally so long as they all follow the same god. For example in the book of khorne you can take any unit from either codex as long as it doesnt have Daemon of nurgle, slaanesh or tzeentch or mark of nurgle, slaanesh or Tzeentch. 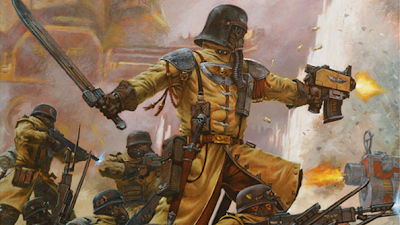 Armageddon and the Imperial Guard seem to be very central to the rumors this week, and it really starts to focus on a lot of Steel Legion in our future. If plastic Steel Legion models come our way...... just wow, I do not think I could resist.

A lot of supplements listed here.

via an anonymous source on Faeit 212
http://natfka.blogspot.com/2013/08/a-huge-supplement-release-5-releases-in.html
GW is planning a "re-release" of the 3rd edition Codex Armageddon! That will be a huge release for 40K "more than half a year away" according to my friend. It will include 5 supplements: Warzone Armageddon (scenarios), Supplement: Salamanders, Supplement: Steel Legion, Supplement: Ghazghull's Horde and Supplement: Orc Kult of Speed. Everything will be released in one wave.


via an anonymos source on Faeit 212 (A response to the above rumor, more info at the link)
http://natfka.blogspot.com/2013/08/new-units-for-codex-supplements-and.html
The Salamanders squad is for the pre-heresy book coming christmas.  They're modified tartaros pattern terminators.  Kind of like ornate "artificer" versions.

Imperial Guards will have access to all their tanks in plastic with the release of their new codex.

Nobz in Mega Armor and new War Buggies and Traks are getting new models with their new codex also. 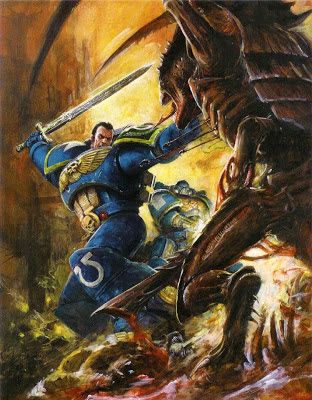 Its very much a fact now that Space Marines are here, and there is a lot you can do to check the latest and greatest information on them. This rumor goes a little beyond the Space Marine line up, including a White Scars supplement, and of course, Tyranids. This is a particulary good source of information, and very reliable. With so many other separate sources and this one chiming on Tyranids, I think this one is very much in the bag for November now.

via an anonymous source on Faeit 212
http://natfka.blogspot.com/2013/08/tyranids-ultramarines-white-scars.html
Most of the special characters have seen a points increase.

Grav weapons have a base strength against targets without an armor save.

SM will launch in September on it's own. White scars in October.

The rumor flood gates on them will open pretty soon I suspect.

There's a big push for an ultramarine supplement to be released in November alongside the tyranid book in digital. Supplement will focus on the tyrannic war.

May be a warzone and not a codex supplement. Alternatively, this might mean that ultramarines get multiple supplements.
8/18/2013
Natfka
40k, 6th Edition, Faeit's Rumor Tarot, Rumors, Warhammer 40k, Warhammer Fantasy