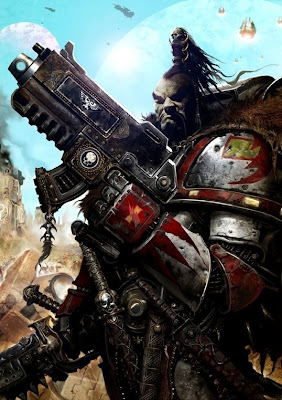 Updated:
I was told earlier that it was believed that 40k radio had a playtest copy that was very close to the final print copy. I have just received an update on this, and indeed it can be confirmed that their latest information is solid.

Please remember that these are classified as rumor, as we are patiently waiting an announcement from Games Workshop.

The latest information however shows that they indeed have a print copy.

So while their previous posts should be called into a little bit of question on accuracy and should not be read as gospel, their latest stuff appears to be such.
8/25/2013
Natfka
40k, 6th Edition, Rumors, Space Marines, Warhammer 40k