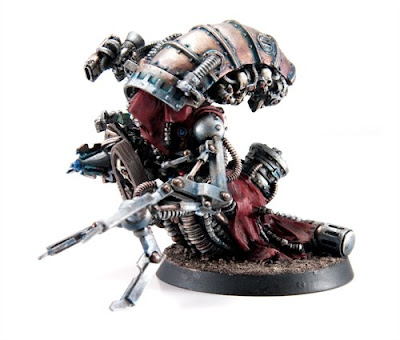 New from Forgeworld Pre-orders up for the Legio Cybernetica. The Magos Dominus and The Castellax Battle-Automata. As a huge fan of anything Adeptus Mechanicus related, these releases caught my eye as something I will be saving up for. These are very cool models from Forgeworld.

via Forgeworld
http://www.forgeworld.co.uk/New_Stuff
The Magos Dominus (shown above)
The Magos of the Priesthood of Mars are the masters of much of what remains of the vast and potent secrets of the Dark Age of Technology. To them the pursuit and preservations of the arcane mysteries of science and circuit are of far greater worth than petty wealth, worldly power or the lives of their fellow men. A Magos may live for centuries, prolonging their life through arcane science and progressive cybernetic conversion, willingly becoming something other than human as they seek to fulfil the Omnissiah’s will. There are many factions and sects within the Mechanicum, divided both by technological specialisation as well as rivalry and ancient feud, each vying for power, knowledge and resources beneath the outward unity the organisation displays, shrouded as it is by impenetrable mystery and arcana.

The Castellax Battle-Automata
The most common of the widespread Castellan-type battle-automata in service, the Castellax is a general battle unit developed during the Great Crusade from its ancient forebear. Primarily intended for siege work and shock assaults, the Castellax Battle-automata is a hulking humanoid machine with a notoriously aggressive and responsive machine-spirit, and an enviable reputation on the battlefield.

The Castellax, employed in units of one to five by the Legio Cybernetica, has a standard configuration of bolter and bolt cannon armament, and is able to maintain a punishing barrage of firepower as it advances. 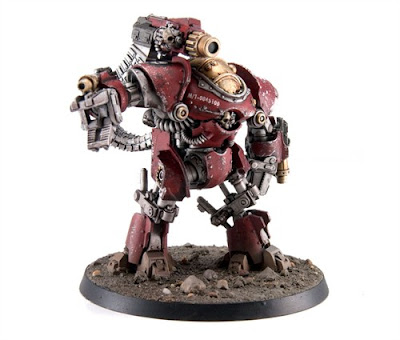