Everything Dies: Amazing New Models and Releases for Dark Age

My first thought was cool, new miniatures for Dark Age, then I saw them. Wow, Just love them. OK, OK, my Dark Age minis are getting dated now, time to figure out what new models I have get.

Dark Age is a first class organization, with very good minis, excellent rules, and even a rulebook trade in system. (have an old core rulebook, trade it in for a new one at conventions)

1. New Rulebook: The new Core Rulebook will encompass everything you need to play, from the rules, to special and weapon abilities, to our recently released Faction Documents, as well as the Extreme Tournament Format and Scenarios for that year- You may have noticed I said that year. Well that is because we want Dark Age to be ever-improving, creating the best gaming experience possible for all our current fans and those to come, and to answer that we are adopting a yearly revision of our rules, meaning our players won’t have to wait 3-4 years in between new revisions. We plan to have this coincide with our Immortals Tournament at Gencon each year- so every August we will be releasing the revamped Core Rules for that year- of course available immediately for download and also qualifying for the above-mentioned trade-in system on the previous year’s book.

2. Book Trade-in System: As an added bonus to all of you out there who already own our Core Rules we're giving you guys some rewards as well- As many of you know, we here at Dark Age love to make the convention rounds, and love speaking to our fans at either our booths or the various MTI events we hold at said conventions. So as a reward to you guys we're offering a Book Trade-In System wherein you can bring us your old copy of the Dark Age: Apocalypse Core Rules, trade it in, and walk away with a brand new copy of our new rulebook absolutely free. Your first opportunity will be next week at GenCon 2013!

3. Dark Age: Conflagration: With GenCon 2013, we also have the release of our new expansion, Conflagration, this book brings two new units for each faction, as well as three entire new armies to the world of Samaria: The Mighty Fire Caste, the sinister Outcast Slavers of Chains Barrow, and the alien Kukulkani!

4. New Starters, New Beginnings: We’re rolling out our new line of Dark Age Starters here at GenCon 2013! To coincide with that- If you are a new player wanting to learn the game, or an old vet who wants to get back in, then stop by our booth and get in a demo. If you enjoy yourselves and wish to pick up one of our lovely new starters then we’re going to go ahead and throw in a Free Dark Age: Core Rules 2013 book!

5.Everything Burns: We have plenty of new items coming to GenCon 2013, the most prominent are the Dragyri: Fire Caste, a faction of hard-hitting fire-warriors enhanced with ancient technologies. These warriors are truly a threat to all those before them as they have begun a massive crusade to the west, burning all to the ground and reducing all their enemies to cinder and ash! 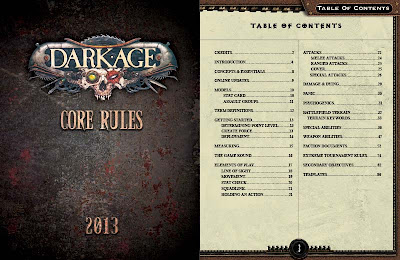 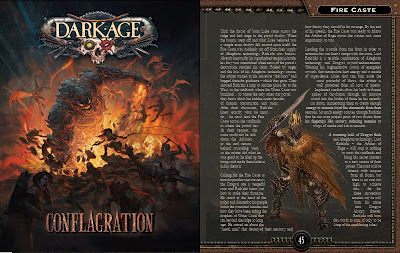 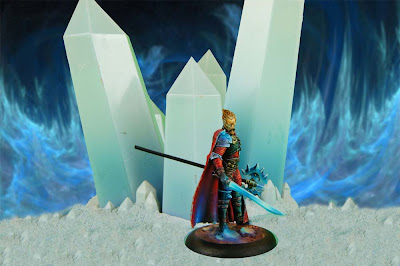 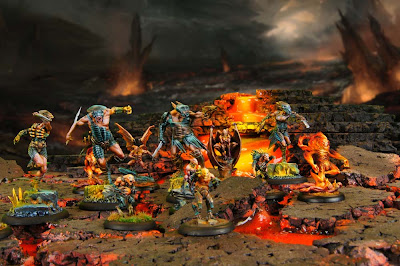 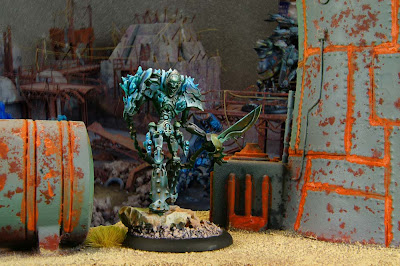 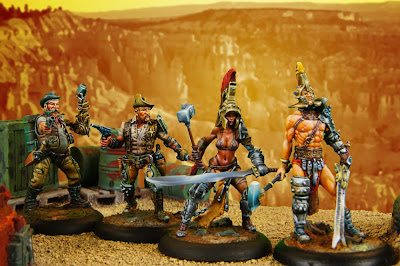 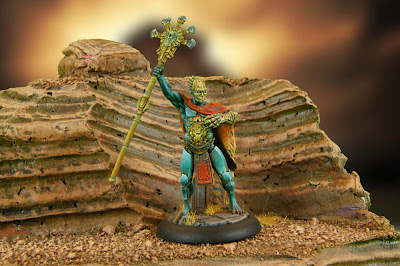 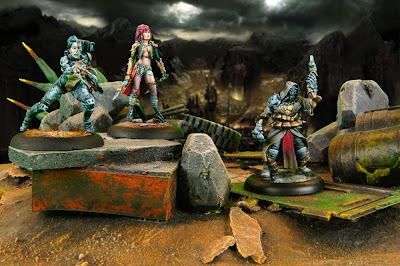