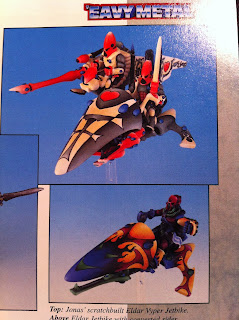 The much maligned Warlocks are actually a powerhouse unit when used correctly. Read on for more info!


The Deer Council
by: Grant Theft Auto from the Road to the Las Vgeas Open blog
Edited by Reecius from Frontline Gaming

Are you tired of your failing seer council? Are you frustrated with the randomness of the warlock powers you roll? Well, there is still hope and I’m going to tell you why! So grab your popcorn, put some new shorts on and go dust off those old warlocks because the whole band is back together and they’re better than ever.

Now before I start, this is my only warning; this is an extremely strong and competitive tournament build. This is the kind of build that makes your friends want to flip the table when they lose two riptides and a fire warrior squad in a multi-charge turn 2 and put the middle finger up at you indicating that you, sir, are no longer their punching bag!

Now what is the Deer council? If you haven’t seen any of my video battle reports at Frontline Gaming, or battle reports on Dakka or you haven’t played against someone who runs one then it’s a brand new concept to you. The Deer council is essentially a mix of the big three; Farseers, Warlocks, and the Baron. This synergy between the big three is essential to giving this death star its super strength. I’m going to explain the big three and tell you their weaknesses and strengths not because I want to ultimately ruin my run at tournament dominance but to help people understand why the council can be so dominating if played by the right person. So, first off every good death star needs a good start and without the Farseers nothing else would matter.

Lets start with the ones that lead the pack; the Farseers.
Starting from the top:
·         Stats are decent
·         Comes with witchblade/ shuriken, ghost helm, fleet and automatically level 3 physic
·         Has access to powers from Runes of Fate, Divination, Telepathy
Not bad choice for an HQ. Now when you upgrade him you get lots of options some notables are:
·         Singing Spear, Jetbike
·         Runes of Warding, Runes of Witnessing
·         Remnants of Glory

Now when I run my Farseers I run two, both on Jetbikes, both have Runes of Witnessing but each one has different weapons. First off my warlord always switches out his shuriken for the Shard of Anaris. This makes the Farseer a real threat in a challenge against monstrous creatures and strong HQ’s. The next thing is extremely important, the shard makes the entire council fearless. My next Farseer is equipped with the Fire Sabre, the only AP3 weapon that the Farseers can get. I put them both on jetbikes which is essential because it adds mobility plus it gives them a 3+ save and makes them T4.

Now when rolling for powers at the beginning, your first goal is to get fortune. Sadly without fortune your council has to be played a little bit more fragile. Between the two Farseers you should get it once. The point of having two Farseers is to up your chances of getting fortune. There is always that one game when you will not get it and things suddenly are a whole lot tougher. After you’ve rolled fortune then it’s up to you to roll on the other charts. I usually go for Telepathy because I’m a huge fan of puppet master and terrify because the ability to take away a unit’s fearlessness is huge when considering assaulting it. Also the ability to take over your opponents the vehicle, riptide, or wraith knight and to destroy his own units is always priceless.

So now that we have the Farseers, now we need the bulk of the council. That’s where the warlocks come in.

When you construct this unit, your primary goals is to increase your chances of getting the powers you want but also to increase the amount of bodies to soak up fire and perils of the warp. Keeping this in mind, I usually take a minimum size. if I’m going to include one in my list then I always include at least 8 warlocks. I then go ahead and upgrade them all to ride on jetbikes, this is the upgrade that makes this unit amazingly versatile and tough to take down. Just like the Farseers the warlocks gain a 3+ save and become T4. Now let’s talk about the one thing the council have benefited most from this new codex, the introduction of their own unique physic powers.

When you’re rolling for power at the beginning of the game the council’s powers become a huge role in how you run it. When I roll for powers, I always try to get some key powers that benefit the council. One important one is the Protect/Jinx power. This power is huge it makes your council a 2+ save, or it -1 save to an enemy within 18 inches. I once rolled four of these in a single game and made a riptide a 6+ save. Don’t underestimate this power; it makes your witch blades become extremely deadly against terminator like enemies.  The rest of the powers are nice and they complement your council nicely, some notable ones are Empower/Enervate which gives you an extra punch in against vehicles or on your Hammer of Wrath hits. Another is Embolden/Horrify, this is a huge one that helps win multi assaults or paired with Terrify from the Telepathy chart helps you run an enemy off the board. Recently I used this combo on Aun’Va and a castling Tau player to get rid of the LD10 stubborn bubble that the army uses. I cast Horrify on him twice, which then dropped him down to LD4 stubborn and cast Terrify on him to make him run off the board edge. This is also effective against Demons and their instability check when assaulting them, you can eliminate more of them through a LD test then potentially the combat itself. The next power I’m a huge fan of is Destructor/Renewer, this power is huge it allows you to put down a S5 AP4 soul blaze template or revive a wound to anyone wounded within 18 inches. When I get two of these I usually put my Farseers in front to tanks wounds from smaller strength weaponry. The last power and the second most important power is Conceal/Reveal, this gives the council Shrouding or take away Stealth and Shrouding to an enemy within 18 inches. I always have at least two or three of these in my council, depending on who I’m playing. Every time the council moves an inch they get a 5+ jink save, now when the Barron is in the council they gain the Stealth bonus from his special rule bringing them up to a 4+ cover save. Lastly when you cast conceal on the council they gains shrouding which brings their save up to a 2+ cover save. Now when you have eight to ten warlocks rolling for powers at the beginning of games the odds of getting all the powers that you want go up. Now you’re starting to get the picture of how the Deer Council works, but don’t forget the last piece that makes this whole death star work; the Baron.

The Baron is the single most important unit to making this whole thing work, without him everything crushes inward from the lack of special abilities that the council has. Let’s show you why.

Starting from the top:

The Barron is a huge gain for all the amazing things he gives to the council and did I mention he is a real bargain at a little over a hundred points. First off when you’re rolling for who goes first he gives you a tiny bonus of +1 to that roll. Going first is huge with the council it allows your precious Warlocks and Farseers not to get alpha strike by your opponents big guns before your council can get their powers up.  Next up, even though the Barron can’t turbo like the rest of the council he still keeps up with the back of the council with his 12 inch movement on his sky board. One key thing about the skyboard is that he doesn’t lose his fleet while on it because the rest of the council has fleet also. Now in the rule book it says you can’t run on bikes, but if everyone in the squad still has the fleet special rule then you can use it to reroll your charge distances when getting into those long multi assaults. Next thing that the Baron gives to your squad after they’re in close combat is the ability to Hit and Run away from the combat to bounce off to a weaker unit or set yourself up for a bigger multi charge so that you can wipe out multiple enemies. I have used this plenty of times to hit multiple weak units that are suddenly unprotected by their screen or counter assault units.

And don't forget about those Grisly Trophies! Wow those things help this unit as they allow you to reroll psychic checks. Also, the warlord trait that allows them the Warlocks to test on the Farseer's ld is amazing!

This unit is a true deathstar. It can be incredibly difficult to destroy and if you get +1 armor save and Fortune, they are effectively immune to small arms fire. Even AP 2 has to get through the 4++ reroll, and if you position the Baron correctly, a 2++ reroll. Doesn't get better than that.

The unit doesn't have amazing offense but they pack a wallop with fleshbane attacks, and a lot of them. With rerolls to hit and possibly to wound, you really maximize what offense they do have, and lowering enemy armor saves can be huge, too. This unit can and will win you the game on its own, and has done so for me many times.

Be wary of massed AP 2 attacks, Mind Strike Missiles are murder (although the Farseer can use his Ghost Helm to tank a lot of the wounds if positioned correctly) and getting alpha struck on turn 1 before you get juiced up is a real threat.

Here's a video battle report of the unit in action, and check out my blog for tons more content on this unit and how it works in my list!
8/29/2013
Unknown