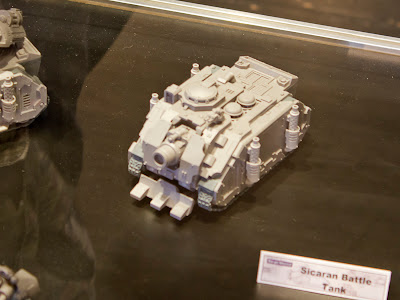 Games Day Cologne has come and gone. While information so far has been in short supply, a photo made its way to me yesterday. A new Space Marine tank from Forgeworld. Also rumors of something new for Iron Hands.


via a Reader on Faeit 212
Hello,
just a short note from Cologne's GamesDay, found a tank at the ForgeWorld-booth that didn't appear before (afaik), attached a pic of it.