Orks Codex on the Horizon 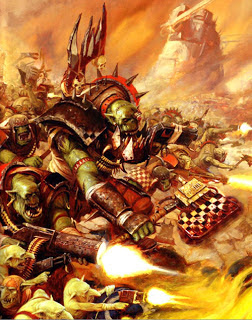 Everything seems to be about Space Marines at the moment, and probably rightfully so. However, mixed into the rumors, I have had talks of Orks being put into the second quarter of next year.


Please remember that these are rumors. This is a bit that was also discussing the Black Templar's being rolled into the Space Marine codex, so looks like it might be legit.

Previously we had rumors of an Orktober release, alongside Black Templar around December. While these could still be true, the Black Templar would obviously be a codex supplement release. So will we be looking at Orktober? My guess based on sources, is that it will be next year. If I hear anything more on it though, you can guarantee I will let you know.