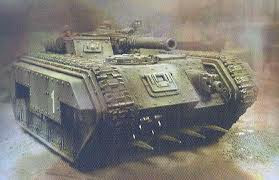 Codex Supplements will not have exclusive supplement only units. If new units are to be added alongside a release, they will in fact be also for the parent codex, no one will be left out. Much more below the break.

It looks like a lot of the units mentioned in this morning's rumors will either be released before the supplements alongside their codex, or are for something else related. Take a look below, as our rumor for earlier is checked and refined.

here is a link to the original rumor if you missed it, or need to check it.
http://natfka.blogspot.ca/2013/08/a-huge-supplement-release-5-releases-in.html#comment-form

via an anonymos source on Faeit 212 (checking in on earlier rumors)
There's merit to your rumor.  However to poke some holes:

The Salamanders squad is for the pre-heresy book coming christmas.  They're modified tartaros pattern terminators.  Kind of like ornate "artificer" versions.

Imperial Guards will have access to all their tanks in plastic with the release of their new codex.

Nobz in Mega Armor and new War Buggies and Traks are getting new models with their new codex also.

Supplements will not be providing new model kits until after all of the 6th edition codexes are up to date.  Furthermore, if a new unit is introduced, it will be available to the core codex as well.

Example 1) An update of an old kit that is the center of the supplement:a new khorne berserker kit alongside a World Eater's supplement.  This kit, while a targeted release, is still available to any Chaos Player.
Example 2) If it introduces an entirely new unit that has previously never had rules, it would specifically say that it's an XYZ option for the parent dex: A new breed of tyranid, with some cool rules in a Hive Fleet supplement.  While it may be a troops choice for the supplement army, it is also a Fast Attack (or something) choice for the parent codex.

Example: Supplement: "Hammer of Dorn," not simply Supplement: "Imperial Fists," this supplement could hark back towards the 4th edition Space Marine Codex.  Fluff wise this book would talk about Lysander's specific fleet and methodology.  Rules wise it would make Assault Terminators Elites, and Shooting Termiantors Heavy Support, while making you roll once for all terminators to enter from deep strike, and would do so with a reduced scatter.  This would create a very specialized force, one that would be illegal normally (up to 6 terminator squads), alongside some unique rules (deep strike at once, reduced scatter), and would probably inspire some new armies to be made centered around it, but it's still not giving Imperial Fist only models that make people feel pigeon holed into a specific codex or colour scheme, etc.

The idea here is that people shouldn't feel like they have to get a supplement.  Anything that's in a supplement, they have access to (model wise).  No one is left out.

I hope that makes sense, it was a bit of a rant.

P.S. while new khorne berserkers are on the menu to be reviewed, there's no new tyranid supplement unit, or a supplement for "Hammer of Dorn," those were just to illustrate my point.
8/14/2013
Natfka
40k, 6th Edition, Imperial Guard, News Headlines, Orks, Rumors, Warhammer 40k