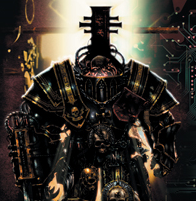 This week has seen a ton of Space Marine rumors flying around, and while we are tuned in on every word of it, its time to take a look at them and to what lies beyond.


Each week, Faeit's Rumor Tarot will take a look at what rumors came up among the myriad of games that were covered here on Faeit 212. On occasion I will be breaking any weekend developments that were discovered or revealed, so keep a watch out, for on the Faeit's Tarot, you never know what secrets there may be. 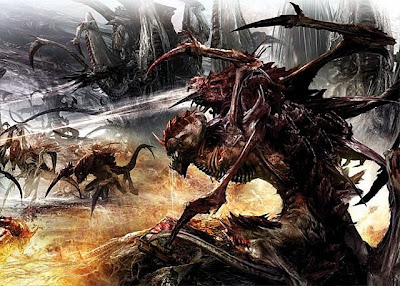 Recently there have been rumors that Tyranids are scheduled for the beginning of 2014, but solid sources here on Faeit 212 and Bell of Lost Souls are confirming that Tyranids are indeed coming in November or the before the end of the year. This is exciting because there has been a lot of talk lately on Tyranids.

Games Workshop has opened many doors for the us hobbyists, including many new ways to buy things, or new products in different formats. Battle Forces have been around for a long time, and when asked if these are going away, a solid source on Faeit 212 responded.

Please remember that these are still rumors
via an anonymous source on Faeit 212
Direct Only themed forces will launch alongside supplements, ie.... Iyanden Spirit Host or White Scars Outrider Force, etc .

Generic Battle boxes are not going away, but will stay and be at a discount to help new players get into the game. 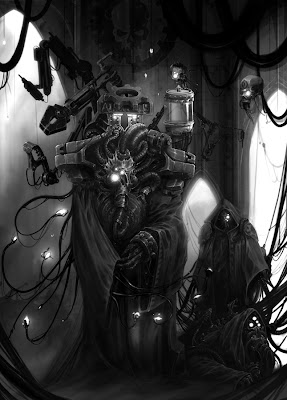 One of my favorite rumors this week, and of course one that would cost me both my arms and legs, is plastic Adeptus Mechanicus sprues being sighted. Not to mention some new Imperial Codex possibly in the far future?..... very cool

http://natfka.blogspot.com/2013/08/something-new-on-horizon-plastic.html
via An Anonmyous Source on Faeit 212
Some insights into models that are coming down the track.

A:I have seen a plastic adeptus mechanicus sprue with servitors and human sized (i.e. not space marine) adepts. This definitely exists because I have seen it, so don't confuse it with my second point, although I don't know where it fits in with the release schedule.

B: for over a year I have been seeing various photos of greens, and CAD print outs - so not just concept sketches  - for imperial models that are familiar to the inquisition books. I have seen custodes-style models, arco-flaggelants, and ogryn-sized servitors (greens) - as well as a pretty big tank that looks like a cross between a land raider and a leman russ, in the style of the exorcist (CAD).

it seems to have become common knowledge in circles that A) the studio has definite plans for all this, and that B) there will be a 'new' race army book at some point at the end of this edition, similar to Dark Eldar.

'like Dark Eldar' I simply meant that, from the business's perspective, Dark Eldar were a new race when they got their latest codex and models. So 'new race' doesn't necessarily mean something like Tau in 2001, and I'm fully expecting it to be an imperial faction.

A and B may be unrelated. But, based on this, I am guessing that either that this is where sisters of battle will end up, or that their relaunch will be refocused on the weirder parts of the Imperium. I just want to make it clear though, I've never seen a new sisters of battle sculpt 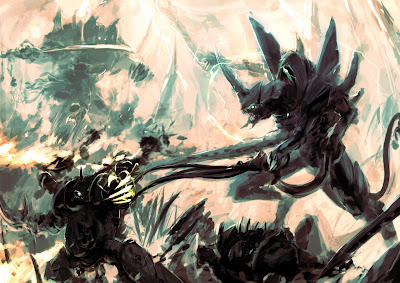 There has been a series of Tyranid rumors, and while I cannot validate all of the, I will post the most certain of the rumors here, and then link up the others for readers to go ahead and check.

via a strong source here on Faeit 212
http://natfka.blogspot.com/2013/08/tyranids-can-ally-with-themselves.html
Tyranids, at least at current can ally with themselves essentially.
They have the standard:
2 HQ
6 Troops
3 Elites
3 Fast Attack
3 Heavy Support
And can take an optional

Only an HQ from the core can be warlord.
Then the diversity comes into play.

There are also army wide FoC changes based on your Hive Tyrant. Wings give you the option to take Gargoyles as your compulsory troops (so max 2) for instance.  Bonded carapace let's you take Carnifex's as elites as well as heavy support (but can't be more than a certain number of points, so they end up kinda baby).

They have some really cool adaptations for skyfire.

Warriors can be purchased as sergeant style upgrades for gaunts and gargoyles. They get the biomorphs of the brood and are not attached like wolf guard.

Tyrannofex will see a points decrease.

Ranged biomorphs contribute to a model's close combat.
Melée biomorphs enhance a model's ranges attacks.
You take some biomorphs that affect both, like +1 str to both.
But having a gun makes melée better and having melée weapons improves your guns. There's some new synergy there. Mostly for big bugs.

Psychic ability is a lot worse than what it is now, but it'd be difficult to explain and just upset people who don't have the whole picture.

All of this is subject to change and about a month old.

Harpy. Roughly size of the heldrake. Pretty much looks like the picture in prior codex.

New "Big Bug" kit (Because every army needs one!)

"BIG BUG" – Larger than Tervigon sized HQ unit. Oval base, hunched over, but wider. Has 18” synapse. Psyker 4. Prime version: Grants FNP and Counter Attack to Nids in 12.” Stats like Tervigon, except 2A. SitW

Tervigon – Upgrade options for Termagant spawns to give them full options, but they are quite pricy.

Hiveguard: new weapon upgrade option (available to a handful of units) that grants skyfire with an "enhanced ability" to ground FMCs. 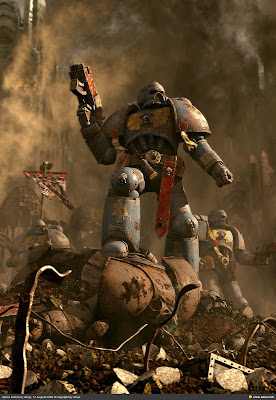 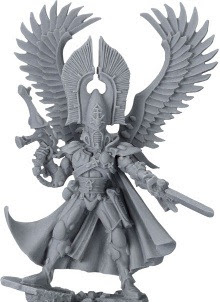 via an anonymous source here on Faeit 212
http://natfka.blogspot.com/2013/08/the-future-of-finecast.html
GW wants to Limit coming Finecast releases. In the Future, there will be only Characters and re-casts in Resin released.

No new Finecast releases after 2016 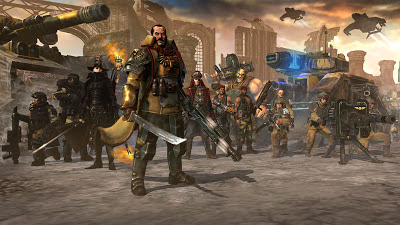