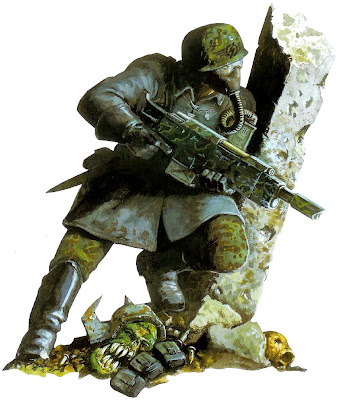 I have been getting a few rumors in on when the Imperial Guard will be released, and March keeps popping up. (more on this later).

via an anonyous source on Faeit 212
Next Year Warhammer Fantasy 9.Edition will have Empire versus Orks & Goblins.

Imperial Guard will release in March 2014 with Steel Legion Plastic Kits and a new Superheavy Tank base on the Baneblade. Baneblade & all other Superheavies will be in the Codex.
8/17/2013
Natfka
40k, 6th Edition, Empire, Imperial Guard, Orks, Warhammer 40k, Warhammer Fantasy