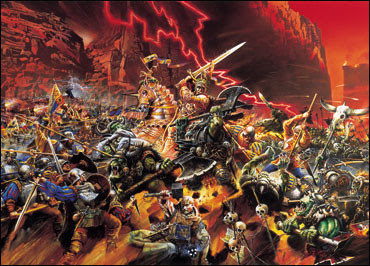 There has been some conversations of late about whether or not a new edition of Warhammer Fantasy will arrive next year. We have been seeing new editions every other year for quite awhile, I personally have not received much on whether or not 8th edition is meant to last any longer than we have seen previous editions last. (unlike 40k).

So will we see a new edition next year? Check out the rumor below.

Please remember that this is a rumor, and one that is a long way out at that. However it does come from Harry (great wealth of information, and good character)


Harry has also said that the models are not yet into production for a new starter set. Harry was answering this post from Darnok.

Darnok
By now even the next 40K starter armies will be beyond the planning stage, and a good bit into production. For the next WHF starter the sculpting should be done by now.