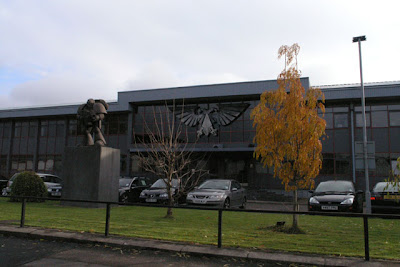 Apparently there was a problem, or someone did not like the way yesterday's CEO announcement was worded, so a second one was sent out. So here is the second version of the announcement regarding a changing of the watch in senior management.

For the past ﬁve years Games Workshop has had the best CEO it has ever had. Under Mark’s leadership we have become better organised, clearer thinking and robust commercially.

It will come as a real shock, therefore, to learn he is leaving.

The needs of the business over the last few years has meant there has been a gradual overlapping of the roles of Chairman and CEO. Recently this has become so complete that, after discussions together, Mark and Tom have agreed that the CEO’s role, as it stands, is redundant.

Mark is looking forward to planning what he does next and he does so with our best wishes and heartfelt thanks.
1/18/2013
Natfka
News Headlines