February White Dwarf Revealed!!!!! It Is Not Daemons!! 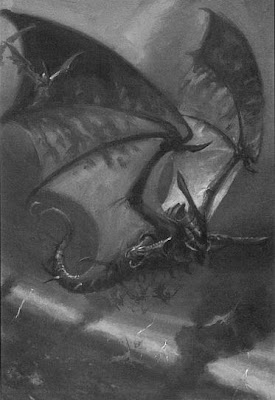 February's White Dwarf is not going to be focused on Daemons. Nope. The way this rumor came in gives me quite a bit of confidence in its accuracy. Enough to say that this is an internal leak would be a better description of the information.

I am going to assume that with this rumor, it means that daemons are a February pre-order with a March release as many rumors have been claiming.

This rumor has me all excited to see what is done with aerial battle and the new flyers. I want to give the source a huge thanks. He/she really made my day/week/month.