Home » News Headlines » Relic and it the Fate

Relic and it the Fate 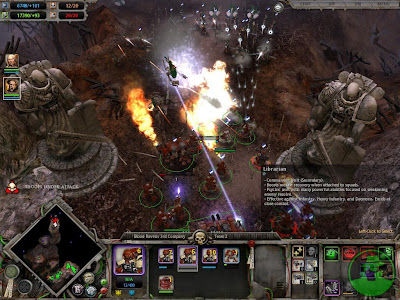 Last week we discovered that Sega was had won the bid for from the failing THQ to purchase Relic, (known for its Dawn of War series). Here we have an official announcement from Sega on what exactly is going on.

Relic Entertainment was established in 1997 and acquired by THQ Canada in 2004. THQ Canada have been known familiarly as Relic Entertainment since the acquisition and provided a number of high quality games equipped with graphics equal in quality to movies and rich strategic game features mainly for the PC market in the U.S. and European regions. THQ Canada provides several million seller franchise titles, and its representative products include the “Warhammer 40k Dawn of War” series,. As a series Warhammer 40k Dawn of War has sold more than 7 million copies worldwide, whilst the “Company of Heroes” series, a real time strategy game based on the modern history of warfare from World War II and after, has sold more than 4 million copies worldwide.

“We are thrilled to have Relic Entertainment join the SEGA family. The acquisition is a strategic fit and a critical step in growing our business,” John Cheng, President and CFO, SEGA of America said. “They are a well-respected studio with a pedigree for making creative and innovative games and we look forward to seeing what great things we can create together over the coming years.”

SEGA already owns three development companies in the U.S. and Europe, and is progressing to support compatibility with the rapidly expanding online games field, such as PC online games, smartphone games and social games. As a result of the THQ Canada acquisition, SEGA will further advance the provision of various appealing entertainment contents by utilizing THQ Canada’s high-end content development capabilities and accumulated development know-how, and increase SEGA’s presence in the PC online game market.