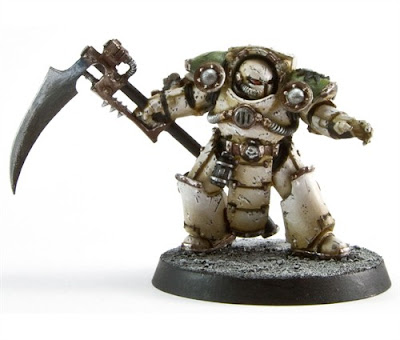 Forgeworld is releasing a couple new kits out for pre-order that are sure to start the new year off well. The Cerebus Heavy Tank Destroyer and Deathshroud Terminators are now available for pre-orders as of yesterday.

Here is a link to get more images and where you can order the new releases.
http://www.forgeworld.co.uk/New_Stuff 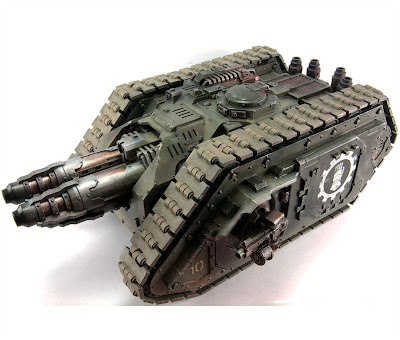 via Forgeworld
Space Marine Cerberus Heavy Tank Destroyer
An experimental variant tank, the Mechanicum created the Cerberus by mounting a prototype Neutron Laser Projector, and the sizeable atomantic arc-reactors and rad-shielding needed to operate this devastating weapon, within the Spartan’s massive internal capacity.

The Cerberus’ Neutron Laser Projector was retro-engineered from Dark Age technology recovered at great cost by Mechanicum Explorators, a controversial move given the doubts expressed over its provenance and safety for wider dissemination by certain high ranking members of the Mechanicum. Despite this, the Lords of Mars ruled that the new tank, codified the Cerberus Heavy Tank Destroyer, should be delivered into the service of the Legiones Astartes for battlefield testing. The Neutron Laser, they believed, offered a more compact alternative to the powerful Turbo-lasers used on Titans and the mighty Shadowsword, with a greater potential for collateral damage. It would not be long, however, before the Cerberus’ destructive capacity was turned against the Imperium’s own.

Death Guard Legion Deathshroud Terminators
An elite cadre of warriors within the XIV Legion, the Deathshrouds were chosen by the Primarch Mortarion for their skill at arms, their fearlessness and their proven endurance. They were often selected from Death Guard legionaries who had survived where their comrades had fallen, each clad in bronze-chased Terminator plate, and armed with a power scythe and the alchem-munitions for which the Death Guard Legion were so darkly famed.

The Deathshrouds formed a silent bodyguard for Mortarion and his senior commanders, and in peace or war alike it was said that at least two of their number remained within forty-nine paces of their Primarch at any time.