No More Rules in White Dwarf 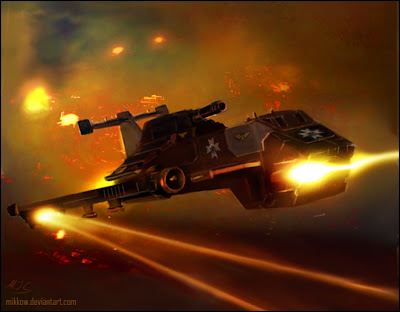 So reading through this rumor, it seems that someone from the design team is upset that rules are being released in White Dwarf. I am not sure if this rumor refers to "White Dwarf Inserts", but if it does, that would good bye to any rules updates, or new models being introduced in the White Dwarf Magazine.

Personally I would take a lot of salt with this rumor. However there are a few people, mostly of questionable integrity, that are buying this bit completely and writing off White Dwarf completely, for example the flyer update that is rumored for March/April.

Please remember that this is a rumor, take with a lot of salt, since its quite contradictory to a lot that has been going on.

via a Birdy and Darnok over on Warseer
I have been told that the recent update of apple codex's with rules not updated elsewhere was an oversight by the design team, and that a pdf will become available "once someone has time." As a result of the negative feedback on these ipad updates and whitedwarf content, the design team has said they won't be including rules for armies in whitedwarf anymore.