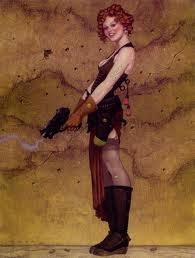 Dark Age has updated its erratas FAQs, tournament documents, and Faction units. Note that Dark Age, in order to update a unit, they simply update the stat cards with the changes, which are always available online.

An exciting announcement for Dark Age fans. As normal for Dark Age, all these updates are found online at their website. In fact, one of the things I really like about Dark Age, is that they even have  a base set of rules to get into the game on their site. The game itself is a dynamic thing, where rules and updates are easily accessible.

via Mr Black on the Dark Age website
http://dark-age.com/content.php?172-Pre-Season-Update-1-1-1-LIVE!

Remember last month when we spoke about updating some items? Well that time has come, dear players! We proudly present to you the 1.1.1 Dark Age Pre-Season Update for 2013!

What does that mean? Well our Immortals Qualifiers, aka the March to Immortality, officially begins in February, with qualifiers running all the way up to the main event (held at Gencon) in August. This is what is known as our Tournament Season. Our promise here at Dark Age is twice a year, once during the Pre-Season (aka just before our Tournament Season begins), and once again during the Post-Season (after the Tournament Season has ended) we take a look at everything in the game, ensuring that every aspect, be it individual units, generic rules, or specific abilities, are all meeting the same quality standard we’re setting for ourselves. The bottom line is, if there should ever be a problem with an aspect of our game, we don’t want to just let it exist or try to outgrow it - we’re going to fix it and make it right. Those changes are found here!

In addition we also have the 2013 Extreme Tournament Document!

And that's not all, dear players! Check back later this week when we'll be introducing two new exciting additions to these changes: Faction Documents, where everything and everything relating to your chosen faction will be available to you, the NEW X'Treme Tournament Format, including Scenarios and Missions, as well as one more item that we'll keep a surprise for now.