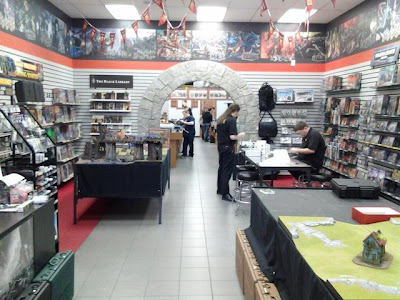 While it is indeed a smarter thing to do from a business perspective, it is sad to see battle bunkers go away. Today I was told that its not just the LA and Chicago Battle Bunkers going away, its all Battle Bunkers in general. Here is the latest.


Please remember that this is still a rumor and nothing formal has been announced.

via the Faeit 212 inbox (cant be named source)
ALL battle bunkers will be phased out over time. The issue isn't the sinking ship of a company, but how much it costs, against how much it earns. Bad business ethic. You wouldn't pay $1000 to earn a $100, it's just stupid. So they are phasing them all out in order to have stores that suit the numbers of customers. This probably means that although the bunkers will close, they'll open stores closer to the larger concentrations of customers. So if you've been asked for an area code recently....or something similar, watch out for a new store opening soon!!
1/24/2013
Natfka
Rumors